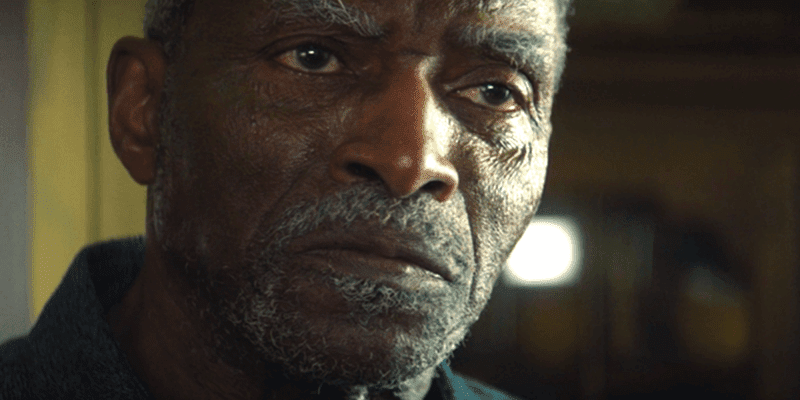 Whatever head writer Malcolm Spellman and director Kari Skogland have cooking behind the scenes of The Falcon and the Winter Soldier seems to be working. Marvel’s latest Disney + original series is getting phenomenal praise from critics and fans alike. Its second episode debuted with an astonishing 100% fresh rating on Rotten Tomatoes.

Related: Kevin Feige Says ‘Falcon and Winter Soldier’ Will Be Shorter Than Expected

The first episode of the newest Marvel TV series established what Sam Wilson/ Falcon (Anthony Mackie) and Bucky Barnes/  Winter Soldier (Sebastian Stan) have been up to since coming back from the Blip in Avengers: Endgame (2019). Now that stage has been set, the six-episode series can finally move forward and add great characters to the Marvel Cinematic Universe.

The Falcon and the Winter Soldier will bring some old secondary characters back to the MCU, like Baron Zemo (Daniel Brühl) and Sharon Carter (Emily VanCamp). Plus a brief cameo of James “Rhodey” Rhodes/ War Machine (Don Cheadle). And, the show just introduced us to Joaquin Torres (Danny Ramirez), Sarah Wilson (Adepero Oduye), and Karli Morgenthau (Star Wars actress Erin Kellyman), the leader of the Flag Smashers.

Marvel fans have already decided no one likes the new Captain America, John Walker (played by newcomer Wyatt Russell), but then again, they are not supposed to want anyone but Sam to pick up Captain America’s shield, left by Steve Rogers (Chris Evans).

In the second episode, “The Star-Spangled Man”, while Walker is trying — and failing — to ingratiate it himself with Sam and Bucky, viewers met Isaiah Bradley (Carl Lumbly).

The brief scene featuring the former Super Soldier did not hold back in regard to emotional punches. Anthony Mackie gave an impactful performance as his face slowly crumbled as Sam Wilson realized what the U.S. Government had done to Bradley. However, the heartbreaking exchange barely scratched the surface of both the Marvel Comic’s history with Isaiah Bradley and the real-life history that his character is based on.

Who is Isaiah Bradley?

Isaiah Bradley was first introduced in Robert Morales’s Truth: Red, White & Black (2003). In Truth, Morales reveals that after the secret to making more super soldiers like Steve Rogers was lost,  the government experimented on a regiment of African American soldiers to refine the super-soldier serum.

The result was that most of the subjects died, except for a few including Bradley. Those who survived were sent on suicide missions. During one such mission, Bradley stole Captain America’s costume and shield, an infraction for which he served seventeen years in solitary confinement.

His name was ultimately forgotten, and he became known only as a myth, the “Black Captain America”. In Marvel Comics, most of the Avengers, including Captain America had never heard of Bradley. His story was later continued by his grandson, Eli Bradley, who would become the Young Avenger, Patriot.

Truth was controversial at the time of its release. Some fans claimed Morales tarnished Captain America’s legacy by tying it to the history of the racist treatment of African Americans. Others attacked it with racist comments, inflamed by the idea of a black man holding the shield. Ultimately, Truth has not been republished since 2009, though in anticipation of Isaiah Bradley’s introduction in The Falcon and the Winter Solider, it was released on Marvel Unlimited last year.

The Marvel series set up how Bradley’s character had been dismissed by fans as simply “Black Captain America” before Wilson and Barnes enter his house. As Wilson walked down the street, a child called him “Black Falcon” and after a short exchange he explains it is just “Falcon” — and that the kid would never be called “Black kid”. Wilson rejects the idea that his whole identity can be tied to being a black man.

Related: Chapek: ‘Falcon and the Winter Soldier’ Is a “Cinematic” Experience

Truth pulled a lot from the real-world Tuskegee Study, in which the government intentionally allowed African Americans to develop and die from syphilis to study the progression of the disease. The echoes of this still affects Americans to this day.

While Bradley was incarcerated the government continued to experiment on him, taking his blood for their research. This echoes the story of an African American woman named Henrietta Lacks, whose cancer cells were taken without the consent of her and her family and used in scientific research for decades.

The accomplishments of certain African Americans have been lost to real-world history, just like Bradley’s accomplishments in the Marvel universe. One needs to look no further than 2016’s Hidden Figures. It told the story of Katherine Johnson, an African American woman who was instrumental in the Apollo program but was ultimately forgotten until the movie was released.

Even Isaiah Bradley was almost abandoned by Marvel Comics. His appearance in The Falcon and the Winter Soldier is the first reference to the character in almost a decade and, hopefully, it will not be the last.

Let us know in the comments below what you are looking forward to most in the new Marvel series and do you think Isaiah Bradley should return in a future Marvel movie?

Comments Off on For Black Captain America, Marvel Has Many More Stories to Tell