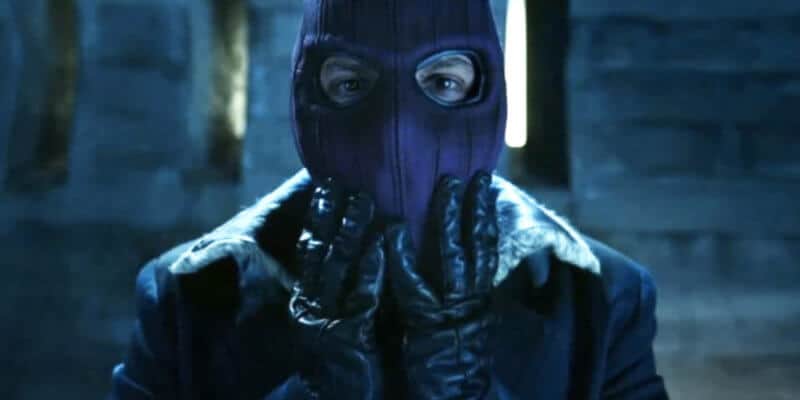 Marvel‘s first Disney + exclusive series, WandaVision, has ended, but MCU fans did not have to wait long for the next entry into the Marvel Cinematic Universe. The Falcon and the Winter Soldier premiered on Friday, March 19 to an astonishing 97% on Rotten Tomatoes, making it the highest-rated show or movie in the MCU.

The first episode set up a lot of what Marvel fans can expect from the show going forward. Sam Wilson / Falcon (Anthony Mackie) took to the skies to battle Batroc (Georges St-Pierre), who previously appeared in Captain America and the Winter Soldier (2014) while trying to balance his home life with his sister Sarah (Adepero Oduye). He is struggling with returning after five years away during the Blip and his death in Avengers: Infinity War (2018).

Meanwhile, Bucky Barnes / The Winter Soldier (Sebastian Stan) tries to adjust to life as a 106-year-old former assassin, and he’s not doing a good job of it. Bucky is working through a list of people who used him and those he harmed, including the father of one of his victims Yori Nakajima (Ken Takemoto). One of the names on his list is sure to be Baron Helmut Zemo (Daniel Brühl).

Although Baron Zemo did not appear in the first episode, he is confirmed to appear in episodes two through six and will be one of the main villains of the new Marvel limited television series. This guide will get fans up to speed with who Baron Zemo is — and what he wants.

Who is Helmut Zemo in the MCU?

Although Zemo made his first Marvel Cinematic Universe appearance in Captain America: Civil War (2014), his story actually begins back in Avengers: Age of Ultron (2015). Zemo‘s family was killed during Ultron‘s attack on Sokovia, and he became a terrorist intent on destroying the Avengers, using his training as a member of EKO Scorpion.

Baron Zemo knew that could not take on Captain America / Steve Rogers (Chris Evans) or Iron Man / Tony Stark (Robert Downey Jr.) directly and that his only hope was to tear the team apart. He manipulated the Avengers and pitted friends against each other including Wanda Maximoff / Scarlet Witch (Elizabeth Olsen) and Vision (Paul Bettany).

To this end, Zemo framed the Winter Soldier for an attack on the UN, which killed the father of Black Panther / T’Challa (Chadwick Boseman). Steve Rogers felt responsible for Bucky’s actions since Bucky was kidnapped and brainwashed by Hydra during the events of Captain America: The First Avenger (2011).

Zemo also uncovered the fact the Winter Soldier killed Maria and Howard Stark, Tony’s parents. Captain America was already aware of the fact but chose to hide it from Iron Man in order to protect his childhood friend. During Iron Man‘s manhunt for Bucky, Baron Zemo revealed the truth, which caused the irreparable rift between the Avengers.

Things were already tense on the team after the botched mission in Lagos to capture Crossbones led to the resolution of the Sokovia Accords. Captain America and Iron Man were divided on whether to accept government oversight on their missions. Zemo left the team in shatters.

Zemo was ultimately captured by Black Panther at the end of Civil War, the villain thought his work was done and the Avengers would be disassembled forever. However, the team reunited to battle Thanos in Avengers: Infinity War (2018). As of now, it is unknown whether he survived the Snap or not.

Related: Chapek: ‘Falcon and the Winter Soldier’ Is a ‘Cinematic’ Experience

Zemo returned to the MCU in the third episode of The Falcon and the Winter Soldier, “Power Broker”, which dropped on Disney Plus Friday, April 2nd. In this episode, Marvel Studios reveals a bit more of who Baron Zemo is in the Marvel Cinematic Universe – including confirming that he is an actual Baron.

Bucky visits Zemo in his prison cell and decides to help break him out so that Zemo can help track down the source of the new super-soldier serum. Zemo finally picks up his comic book accurate purple mask before leading the ragtag team to Madripoor, a local previously associated with X-Men’s Wolverine.

First, he takes them to meet Selby (Imelda Corcora), who tells them the serum was created by Doctor Wilfred Nagel for the Power Broker – who does not appear in the episode despite its title. After Selby is killed they are rescued by Sharon Carter (Emily Van Camp). Later, Zemo kills Nagel to prevent him from making any more of the serum.

In Marvel Comics, Baron Zemo‘s origin is different from the version produced by Marvel Studios. Helmut was the 13th Baron of the German Castle Zemo. Following the death of his father Baron Heinrich Zemo, he became one of the leaders of Hydra.

The Zemo Family has long ties to the Nazi science division in the comics but Brühl’s Zemo was never associated with Hydra in the MCU. He was a terrorist mastermind, not a supervillain.

In the comics, Helmut wore his trademark purple mask to cover his face, which had been disfigured by Adhesive X. He did not have the mask in Civil War but The Falcon and Winter Soldier trailers and concept art already revealed he will be donning it in the Marvel series.

The comic book character does not have much in the way of powers. Zemo is a skilled fighter and tactician but what sets him apart from other comic book villains is his slowed aging. He relies on his cunning to get his revenge. He is one of the least powerful villains in the MCU and Marvel Comics.

Not much is known about what the bad guy was like before the death of his wife, son, and father in Ultron. By the time Zemo’s plan comes to fruition in Civil War, he is a cold, manipulative villain.

Zemo had one singular focus in the Marvel universe: taking down the Avengers. He pursued this goal by any means necessary to get his revenge. He tortured Vasily Karpov for information on the Winter Soldier Program. It was from Karpov that he learned everything about the program, including what happened to the Starks in 1991.

Then he turned around used that knowledge to reactivate Bucky after the Avengers got him into custody. It seemed like it was an attack leading to the release of the other member of the program but it was just so that he could lead Tony and Steve to the facility in Siberia.

After he thought that his mission was complete, he was going to take his own life until Black Panther stopped him. Since then, he has not been seen in the Marvel Cinematic Universe, and it is unclear whether the villainous Baron Zemo survived Thanos’s Snap in Infinity War, but that will certainly be revealed in The Falcon and the Winter Soldier.

The MCU version of Baron Zemo has even less in the way of superpowers than his comic book counterpart. He is an ordinary man, who makes up for this by methodically planning out his schemes. While he might not be the strongest character in a fight, he can out-think his opponents.

The thing that will make him a pivotal player in The Falcon and the Winter Soldier is his extensive knowledge of the Winter Soldier Program. As Bucky continues to cross people off his list he may need Zemo‘s help to fill in some things he may have either repressed or forgotten.

Baron Zemo not only knew about all of Bucky’s previous missions, but he also knows the words to activate his Winter Soldier programming: “Longing,” “rusted,” “furnace,” “daybreak,” “Seventeen,” “benign,” “nine,” “homecoming,” “one,” and “freight car”. Luckily, Bucky’s time in Wakanda removed the programming.

In the new series, Sam and Bucky are going to face off against the Flag Smashers, who may have been enhanced with a version of the super-soldier serum. Not much has been revealed about their plan, but it may link back to the Winter Soldier Program in order to justify Bucky’s participation in the rest of the plot.

Related: Will RDJ Appear as Iron Man in ‘The Falcon and the Winter Soldier’

Perhaps, Zemo is orchestrating the Flag Smashers now that the remaining Avengers have reunited post-Avengers: Endgame (2019). Falcon is recognized as a hero the world over and the world has adjusted more to powered individuals since Zemo’s last appearance in Civil War. It is doubtful the villain will be pleased with that change in events.

We will have to wait and see if this theory pans out in the coming episodes of The Falcon and the Winter Soldier.

Let us know in the comments below if you are excited for Zemo’s return the MCU.

Comments Off on Baron Zemo: Powers, Enemies, and History in the MCU