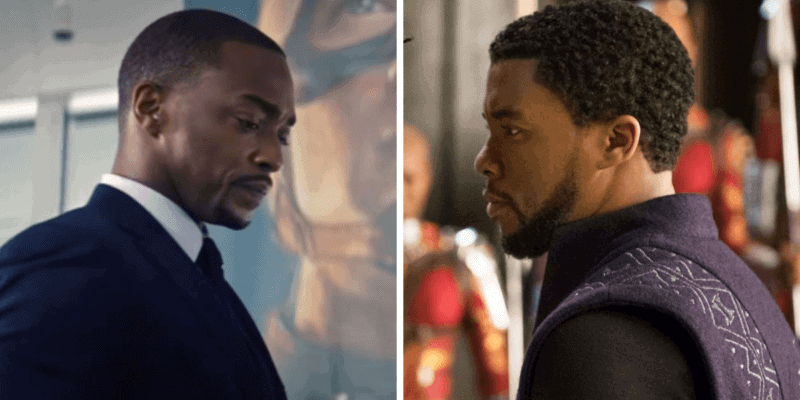 The showrunner of The Falcon and The Winter Soldier has spoken out about Marvel’s Black representation.

Malcolm Spellman spoke at length to TV Line about Black Panther and what it meant to see a major Black cast. Furthermore, he confirmed that his series will build on what Ryan Coogler started by featuring a diverse cast of characters.

Related: Next Marvel Series Has ‘200% Higher’ Fan Anticipation Than ‘The Mandalorian’

What did Spellman say about Black Panther?

Spellman said of Black Panther: “When you start to see the direct impact that a Black superhero had on my nephew, that’s branded on my brain […] I believe that Falcon and the Winter Soldier is a nice progression with the mantle that [Black Panther director Ryan] Coogler and Chadwick [Boseman] left us. I really do believe that these giant Black icons are necessary, not only for Black kids, but for white kids to start to absorb — our people as being big and heroic.”

The Falcon and the Winter Soldier will release on March 19th

The Disney+ exclusive series will premiere just a week after the finale of WandaVision. It stars Anthony Mackie and Sebastian Stan, reprising their roles as Sam Wilson / Falcon and Bucky Barnes / The Winter Soldier.

Mackie has been outspoken in the past about how Disney and Marvel still have a long way to go when it comes to diversity. However, he later backtracked on some of these comments.

Spellman still has nothing but praise for Marvel Studios and Black Panther in particular: “It was really empowering […] after hearing for the first 15 years of my career that being Black meant you had to only do niche things that were really small, to see all Black filmmakers and be one of them to be involved with projects that just appealed across every spectrum while remaining decidedly Black. That’s probably one of the best things about the path we took to get here.”

The Falcon and the Winter Soldier will undoubtedly continue to promote diversity and inclusion. Moreover, it will likely introduce to the MCU’s first black Captain America, should Sam Wilson formally take up the mantle.

Are you excited about the new Marvel series? Let us know in the comments below.

Comments Off on ‘Falcon and Winter Soldier’ Showrunner: Series Will Build on ‘Black Panther’