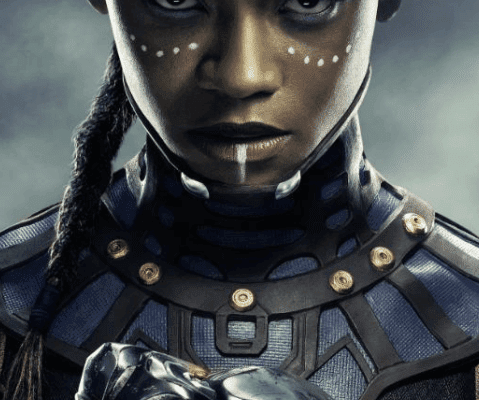 When Black Panther star, Chadwick Boseman, tragically passed away from cancer earlier this year, Marvel fans, his fellow actors, and many in the entertainment industry were devastated by the news.

Since Boseman’s untimely passing, there have, understandably, been numerous questions about how Marvel Studios’ Black Panther franchise will continue without its leading man.

Now, a Hollywood Reporter report suggests that Shuri (Letitia Wright) is likely to play a larger role in the sequel film, which is set to begin filming in July 2021.

As per their article:

Mexican actor Tenoch Huerta, who was one of the stars of Netflix’s Narcos: Mexico, is in talks to play one of the antagonist, sources tell THR. Letitia Wright, Lupita Nyong’o, Winston Duke and Angela Bassett are expected to return for the new feature, with some saying Wright’s character may take on a more prominent role.

Marvel, which had no comment on this story, has not revealed its plans on how it plans to proceed without Boseman, although it has indicated that it will not use CGI to include the late star in the film.

Hollywood Reporter also shared that Marvel’s Phase 4 films are actually a lower priority than its streaming series, several of which are set to debut on Disney+ next year alone. They shared:

While Black Panther 2 is receiving special attention, it is the many Disney+ series that are under heavy scrutiny from Kevin Feige and his executives.

“The series are the priority,” says one source with knowledge of the company’s strategy. “Ramping them up takes a lot of focus. The movie machinery is well established.”

This is not surprising, as The Walt Disney Company recently underwent a major restructuring to focus more on streaming. The much-anticipated Disney+ Marvel series WandaVision finally has a debut date and The Falcon and the Winter Soldier is also set for a 2021 release on the streaming service.

Additional shows, including Marvel’s She-Hulk, are also in development at this time.

Where would you like to see Shuri’s story arc go in Black Panther 2?