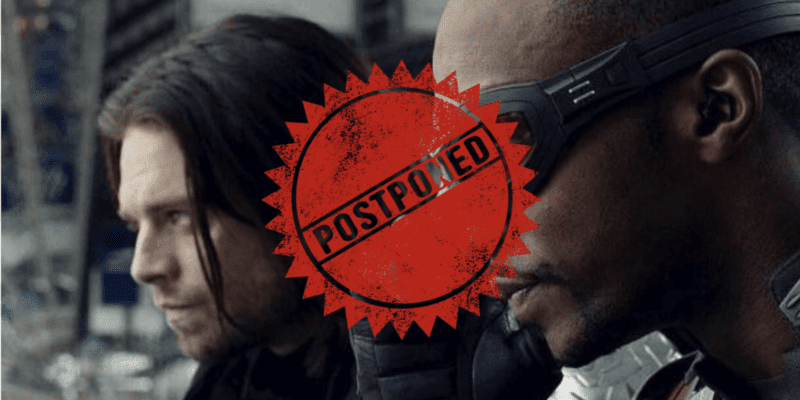 The highly anticipated Marvel Studios streaming series The Falcon and the Winter Soldier has been officially delayed until 2021, as per Disney+.

Related: ‘The Falcon and The Winter Soldier‘ Merchandise is Here!

Filming on the Kari Skogland-directed series only recently resumed in Atlanta, Georgia, with stars Anthony Mackie and Sebastian Stan.

In the six-episode series taking place after the events of Avengers: Endgame, where a retired Steve Rogers (Chris Evans) handed the star-spangled shield of Captain America to Sam Wilson (Mackie), “frenemies” Wilson and Bucky Barnes (Stan) team up in a global adventure.

ComicBook.com also shared these details about the series and confirmed that WandaVision, featuring Scarlet Witch and Vision, will be the first Marvel Series to hit the Disney streaming service:

The series, which premiered first footage during Super Bowl LIV in February, was expected for fall 2020 before the COVID-19 pandemic forced Marvel to shut down production with just “two or three weeks” remaining, according to returning Captain America trilogy star Sebastian Stan. WandaVision, reuniting Avengers stars Elizabeth Olsen and Paul Bettany in a reality influenced by classic sitcoms, will be the first Marvel Studios series to release on Disney+.

It was recently confirmed that WandaVision is still set to release in 2020.

In addition to everything that is happening with Marvel on Disney+, Disney California Adventure Park’s Avengers Campus area is making progress toward officially opening.

What are you most excited about in the Marvel universe? Are you surprised by the The Falcon and the Winter Soldier delay?