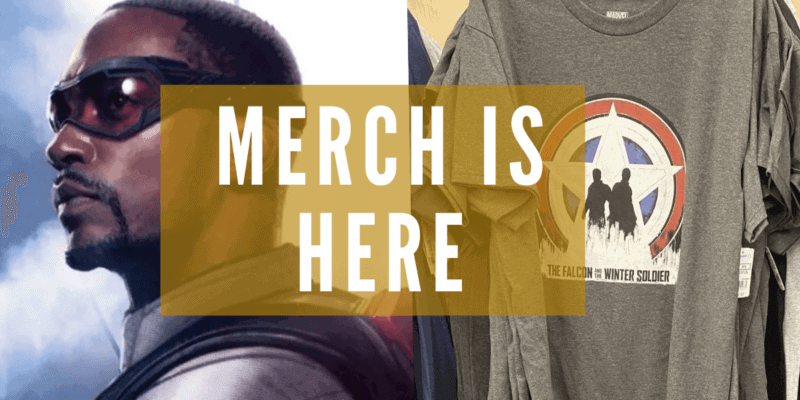 The following images come from Twitter user @Q82004yousef1 via @SpinelessOyster. It’s the first time that we can recall seeing Falcon and the Winter Soldier merchandise (aside from seeing both characters in other Marvel properties of course).

The T-shirts both have awesome designs that prominently feature the two main characters front and center. They also feature the iconic Captain America logo with the Winter Soldier’s white star.

Personally, I love the first option with Sam and Bucky’s silhouettes against the logos. It’s a shame that the T-shirts don’t give us a good look at Wilson as Captain America, though that’s the spoiler-lover in me coming out! 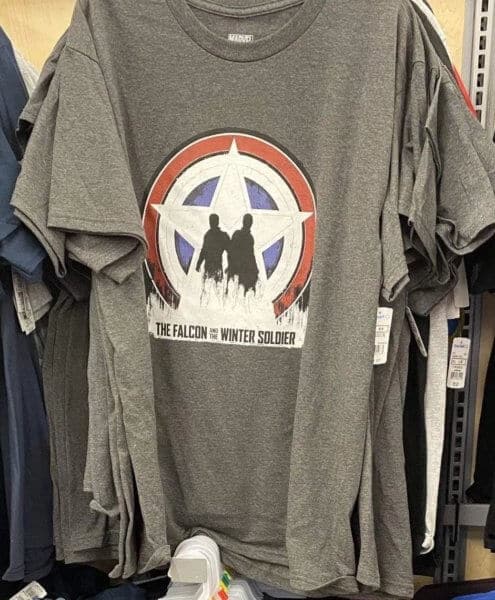 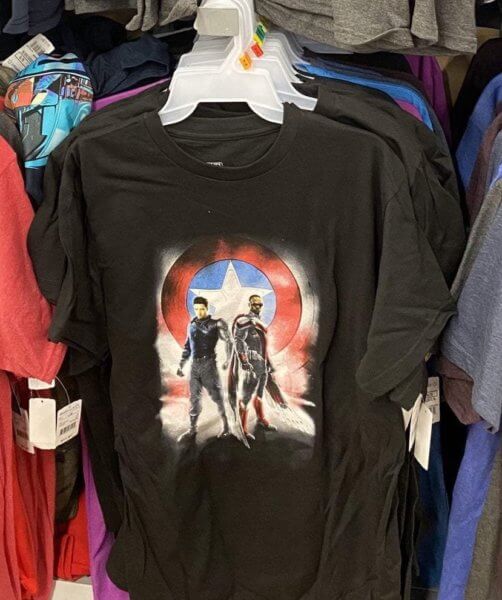 The series will be a Disney+ exclusive

The Falcon and the Winter Soldier is one of the many film and television series to fall foul of the COVID-19 pandemic. The show was originally set to premiere on Disney+ in August, but significant production delays saw it pushed back.

We initially reported that the show would reportedly be released in two halves along with other Disney+ shows like WandaVision, but even that seems up in the air right now. The Marvel series seem like the best bet for Disney Plus to rival Netflix in terms of original content, so we hope this one is on the way soon!

The Falcon and the Winter Soldier stars Anthony Mackie and Sebastien Stan as well as returning MCU actors Emily VanCamp and Daniel Brühl as Baron Zemo. Newcomer Wyatt Russell will also join the cast as John Walker / US Agent. The series will see Sam Wilson’s transformation into Captain America in a globe-trotting adventure. It is thought that the second season will alter the show’s title (most likely to Captain America and the Winter Soldier).

After taking down a universe-ending threat in Avengers: Endgame, I for one can’t wait to get back to basics and follow two largely un-powered Marvel heroes without the aid of giants like Captain Marvel, Iron Man, and Doctor Strange.

The wait for this show is pretty unbearable for Marvel Cinematic Universe fans like me, but the fact that Falcon and Winter Soldier merchandise is finally out is a good sign. We want to see what these two have been up to in a post Endgame world!

Give it to us soon please, Marvel!

Are you excited for The Falcon and The Winter Soldier? Let us know in the comments below.

Comments Off on ‘The Falcon and The Winter Soldier’ Merchandise is Here!