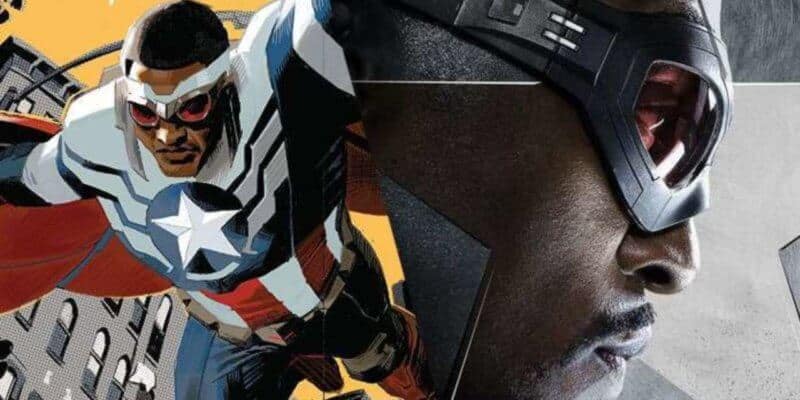 Those who saw “Avengers: Endgame” remember that pivotal moment when old Steve Rogers gave Captain America’s shield to Sam Wilson, passing the torch and signaling to fans that change is on the horizon for the heroes. But rumor has it that the government may not be too enthusiastic about the Falcon becoming the new Captain America.

Comicbook reports that in Marvel’s new series coming to Disney+, “The Falcon and the Winter Soldier,” Sam Wilson (a.k.a. the Falcon) might not be met with open arms. Marc Bernadin, co-host of the popular podcast Fatman Beyond, confirmed on the latest episode that Falcon will not only become the new Captain America just like in the Marvel Comics but also he will be met with an unhappy U.S. government. Bernadin’s co-host Kevin Smith asked if he thinks Wilson will assume the position of Captain America (especially given the events of “Endgame”), to which Bernadin replied, “That, I think, is the crux of what that show’s going to be.

The government doesn’t want Sam Wilson to be Captain America.” Bernadin said he read the news somewhere but didn’t confirm his source. So although we suggest you take this with a grain of salt, we also wouldn’t be surprised if this were to be the case in the upcoming Disney+ show, given that it takes place after “Avengers: Endgame” in the Marvel Cinematic Universe timeline of events. As Comicbook points out, conflict with the U.S. government pretty much defined Sam Wilson’s role as Captain America in the Marvel Comics, so it does make sense for him to be met with such divisive opinions in the TV series.

Disney has yet to release an official synopsis of “The Falcon and the Winter Soldier,” but we do know that we can expect to be able to stream it on Disney+ beginning next year. The streaming service will include plenty of awesome content when it launches on November 12, and although we’ll have to wait until 2020 to see what’s going to happen in “The Falcon and the Winter Soldier,” we’re happy that Disney+ will have enough Marvel content to hold us over. For now, we’ll keep wondering what to expect in the new series and we’ll share more news when we hear it.

What do you think will be the plot of “The Falcon and the Winter Soldier”? Let us know in the comments!

Comments Off on Marvel’s “Falcon and Winter Soldier”: Government may not want Sam as new Captain America