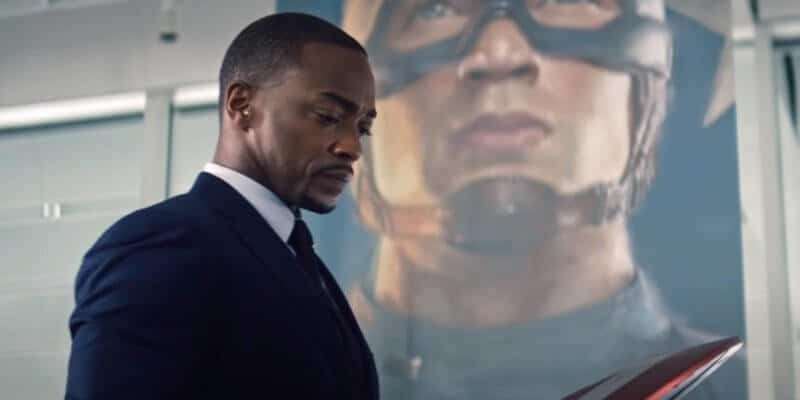 The Marvel Cinematic Universe — much like Stan Lee’s Marvel comics that have existed for decades — loves to explore various characters’ rich backstories.

The MCU changed the face of the superhero movie genre and is rife with emotional trauma, from playboy Tony Stark (Robert Downey Jr.) first becoming Iron Man and then becoming the man both Pepper Potts (Gwyneth Paltrow) — and the world — needed, to Gamora (Zoe Saldana) exploring the emotional turmoil that came with being Thanos’s (Josh Brolin) favorite daughter, t0 Thor (Chris Hemsworth) coming to terms with what it really means to be both a god and an Avenger.

Most recently, in the first streaming Marvel series, WandaVision, we saw Wanda Maximoff/Scarlet Witch (Elizabeth Olsen) struggle with her own deep scars following the death of her soulmate, Vision (Paul Bettany), in Avengers: Endgame (2019). Wanda was so deeply traumatized that she inadvertently trapped the entire town of Westview, New Jersey in “the Hex,” a world she created based on the classic TV sitcoms she loved as a child in Sokovia.

Related: Feige Says’Falcon and Winter Soldier‘ Will Be Shorter Than Expected

What to expect in The Falcon and the Winter Soldier

Next up is The Falcon and the Winter Soldier. Set to debut on March 19 on Disney+, the upcoming series will explore the lives of Bucky Barnes/Winter Soldier (Sebastian Stan) and Sam Wilson/Falcon (Anthony Mackie) just after the events of Endgame.

From the first episode alone, the emotional baggage left behind after the Blip — and the death of Steve Rogers/Captain America (Chris Evans) — is apparent. And, unsurprisingly, Sam and Bucky are dealing with it in completely opposite ways.

During a recent virtual press conference for The Falcon and the Winter Soldier, Stan addressed how PTSD, in particular, impacts both of the ex-military Marvel characters throughout the new Marvel television series:

“Yeah, I mean, you know, the-the-the whole uh, subject of PTSD and-and-and the experience that they both share, uh, as soldiers, as men who have served, right?Is-is one of the things that brings them together.And-and there’s sort of a bit of an honor code between them.Even though they-they come from different, you know, ideas or opinions about things.There’s a mutual respect, which Anthony’s already touched upon.Um, and as-as you-as everybody knows, PTSD is not something that just sort of…you’re done with.

You know? It’s really something that-that one has to continue to grow with.And to become better at dealing with.And so, um, you know, it-obviously, it’s a major part of our show, and it grounds both of these characters in very realistic ways.”

Marvel Studios President Kevin Feige also weighed in on how exploring MCU characters’ emotional trauma has played into how the Marvel universe has progressed — and will continue to progress through Phase 4 and beyond:

“I think-I think you feel it more because you-we have more time with the Disney+ series, but I think that’s something we’ve always tried to do. Um, uh, Ironman 3 was all about Tony Stark’s PTSD from Avengers essentially. Um, uh, it’s always about exploring. What’s great about the Marvel characters is, uh-is you’ve always heard us say is their flaws, is grounding something for as crazy and extraordinary and science fiction and fantasy and supernatural as the MCU can get, it’s grounding in the character experiences and the emotions of the character.”

“And that’s always by far the most important anchor for any story we’re gonna tell. And, uh-and there has been a lot of trauma for these characters over the years and it-and it-you can easily, um, forget that or brush that under the carpet because there’s sparkly portals opening and people cheering and Iron [PH] Man punching a flying lizard. But really, if you think about it, which we do, we think about what if it-what if we were those characters, what if we lived this, um, it would have been-uh, there would be horrific elements to that that would have repercussions years down the line. And uh-and that is very fun to explore.”

Details on The Falcon and the Winter Soldier

Remember, you can catch up on everything MCU — including Avengers: Age of Ultron, Captain America: Civil War, Black Panther, featuring the late Chadwick Boseman, Avengers: Infinity War, and the new series Marvel Legends — on Disney+ before The Falcon and the Winter Soldier premieres. The official description of the Marvel Phase 4 series reads:

One of the next big projects for the Marvel boss? Lucasfilm. Feige will be working on an as-yet unnamed Star Wars movie with Loki writer, Michael Waldron.

Little is known about the film, but fans have numerous opinions — just a few fan theories are the inclusion of Darth Vader, Scarlett Johansson (Marvel’s Black Widow, Avengers franchise), and an Old Republic setting.

What do you think about Feige’s statements about exploring Marvel characters’ emotional states in Marvel Cinematic Universe movies and streaming series?

Comments Off on Kevin Feige: Characters’ Emotional Trauma Is “Fun to Explore”