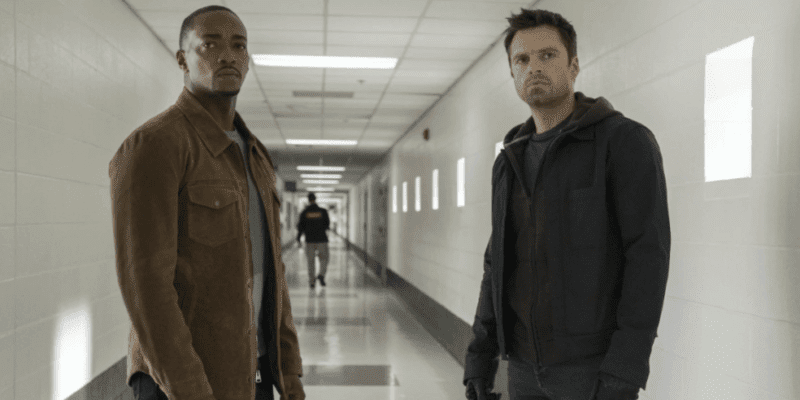 This statement was echoed by Walt Disney Company CEO Bob Chapek, who stated that The Falcon and the Winter Soldier is a truly “cinematic experience” for viewers, insinuating that it will continue raising the bar for streaming content on the Disney+ platform.

Now, though, Marvel Studios head Kevin Feige has weighed-in and it seems that the MCU’s next series might be shorter than expected. Feige confirmed that the show — which will star Mackie as Sam Wilson/Falcon and Sebastian Stan as Bucky Barnes/Winter Soldier — will have a brief six-episode run and that the season will not hit the eight-hour mark.

In a SciFiNow interview, Feige said:

“Not quite eight hours, but yes. It all comes down to the storytelling. I guess the short answer is we don’t distinguish it too much. The bar is set high for the features and for the series, and we try to exceed that bar every time. Obviously, the week-to-week unveiling gives us opportunities, as we’re now seeing with WandaVision for sure.

But we’re building the shows to be experienced that way, the way we build our features to be experienced in a run, and sometimes they have tags that hint at the future. It’s fun to be able to do that week-to-week in series programming. But other than that, it’s very much the same high bar that we try to set for ourselves and want to meet the expectations that the audience has when they go to a theatre to see one of our films or when they now turn on Disney+.”

Feige went on to assure Marvel fans that the series will still provide plenty of amazing content within the Marvel Cinematic Universe.

He shared his thoughts about delving further into both Sam and Bucky as characters and, from what the Marvel boss said, we have a lot to look forward to when the show premieres on March 19:

“Anthony Mackie and Sebastian Stan are spectacular actors that we felt like we hadn’t explored their stories or their backstories or their personal stories enough as Sam Wilson and Bucky Barnes. So it was always the thought that we wanted to learn more about both of them. And in the little interactions they had with each other in [Captain America: The Winter Soldier], in [Captain America: Civil War] – from the dailies of Civil War, seeing them interact with each other as friends of a mutual best friend in Captain America, it was a very fun dynamic. We thought if we ever had that opportunity, we’d watch a whole show with the two of them, and Disney+ finally gives us that opportunity”

In this case, it seems like “quality over quantity” holds true and, even though Marvel’s next TV series might be shorter than some fans — and apparently Anthony Mackie — were anticipating, it will pack a lot of punch into its brief run.

Will there be multiple seasons of The Falcon and the Winter Soldier?

At this time, IMDb indicates that The Falcon and the Winter Soldier will be a mini-series. However, the same was said of Marvel’s first streaming TV show, WandaVision, and Feige recently indicated he would be open to a Season 2 of the hit series that featured Avengers characters Scarlet Witch/Wanda Maximoff (Elizabeth Olsen) and Vision (Paul Bettany).

So, suffice it to say that “never say never” is the tagline of Feige’s Marvel Cinematic Universe.

Remember, you can catch up on everything MCU — including new series Marvel Legends — on Disney+ before The Falcon and the Winter Soldier premieres. The official description of the series reads:

Are you excited to watch The Falcon and the Winter Soldier, even if it’s shorter than expected?