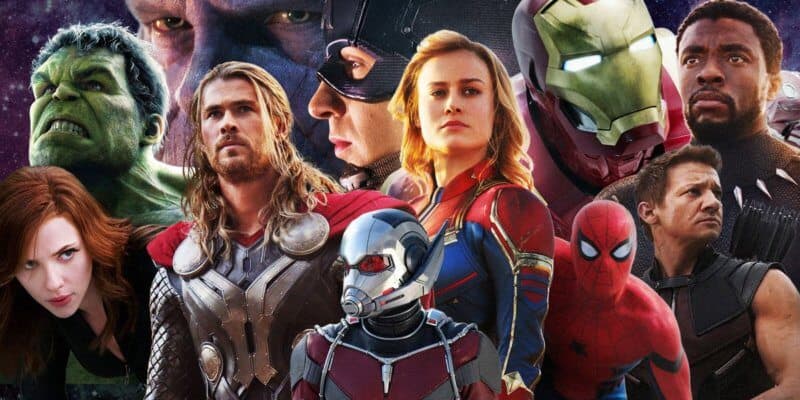 If you’re tired of Marvel movies, you might not be too happy with what we’re about to share. But if you’re a huge fan of the Marvel Cinematic Universe, listen up — it doesn’t look like Disney will stop making Marvel movies and shows anytime soon.

During The Hollywood Reporter’s recent roundtable of the top seven-film executives, Disney Co-Chairman and Chief Creative Officer Alan Horn shared his opinions on the Marvel Cinematic Universe, specifically when it comes to its popularity and fan interest.

The Hollywood Reporter interviewer compared the long-running show American Idol which has had decades of seasons of television to the dozens of Marvel films that have hit theaters, and the Marvel projects that Disney plans to release in the future.

Alan, I remember when American Idol was No. 1 for many years in a row and its audience was 30 million viewers a night. The president of NBC at the time, I believe it was Jeff Zucker, said, “Someday it will not be cool to watch American Idol.” Do you think about when that day comes for the Marvel movies?

Alan Horn: The answer is no. If the film has a compelling storyline, if it has heart and humor, two things that I insist on, and it’s terrifically well executed, I think there is an audience. But who knows?

Twenty-three hits in a row is an unprecedented streak.

Alan Horn: It is long. But Kevin Feige is working away. He will be making three or four a year. And they are very different from one another, so we’ll see.

From Horn’s response, it’s clear that the Chief Creative Officer believes that as long as Marvel films are compelling, entertaining, and well-executed, they will continue to be popular among Marvel and Disney fans.

Since Disney acquired Marvel Studios, they have seen wild success at the box office. Avengers: Endgame is now the highest-grossing film of all time, and Marvel movies like Infinity War, Age of Ultron, Black Panther, and Captain Marvel have been highly successful, to name a few, not to mention the other films and televisions shows that Disney and Marvel have released that have been met with positive reception by both critics and fans alike.

And from Horn’s indication that Marvel Studios head Kevin Feige will be making three to four Marvel films every year — and given the success of Marvel films in 2019 alone — it seems Disney doesn’t have a reason not to continue making more of Marvel.

Some have pointed out that moviegoers’ tastes can change, and while that’s true, the superhero has been popular for decades upon decades. And Marvel does superheroes very, very well.

What do you think of Horn’s statement about the Marvel Cinematic Universe? Will the MCU always have a huge fanbase or is this Disney executive wrong and the MCU will die out eventually? Let us know your thoughts in the comments.