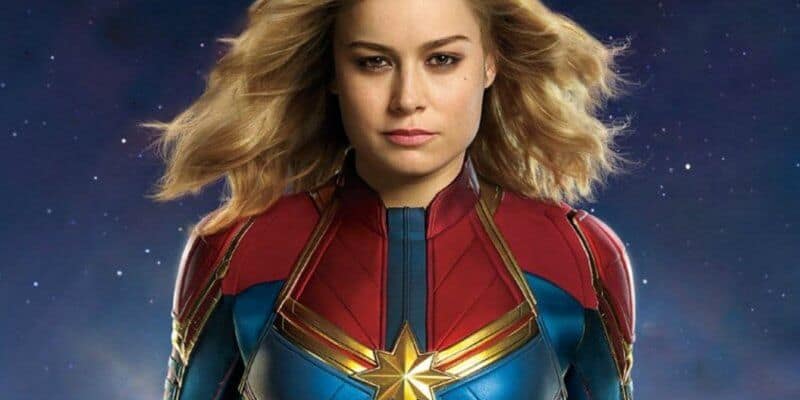 Captain Marvel is already seeing great pre-sales, fairly positive reviews, and impressive opening weekend projections. However, new rumors point to Disney not being very happy with Brie Larson as the film’s lead, which is causing uncertainty for the future of Marvel Studios’ newest character.

Originally reported by Cosmic Book News, a YouTuber named Film Gob has claimed to have heard from sources that Disney CEO Bob Iger is unhappy with Kevin Feige for backing the Oscar-winning actress Brie Larson to play Carol Danvers, and that “there is now uncertainty about Captain Marvel’s future in the MCU.” Gob even goes on to say that Captain Marvel could possibly get killed off earlier than Larson’s original Marvel contract due to this potential rumored fallout.

Additionally, it’s also been reported that Larson’s fellow MCU cast members have expressed concerns that she’s not the right fit for the role, and according to Cosmic Book News, they’ve said she will be “found out” when the film is released in theaters.

In Cosmic Book News’ report, they point to Elizabeth Olsen (Scarlet Witch) who they report to be most upset that her character Scarlet Witch has been sidelined for the sake of a new female character who’s now being hyped as the MCU’s most powerful hero. In their report, they reference the idea that Olsen’s character was built up as one of the most powerful characters in the MCU and now her character is being pushed to the side as Captain Marvel moves to the forefront. Additionally, if Captain Marvel continues, Larson could be starring in several Marvel films to come while Olsen is being moved to a lower-budget Disney+ series.

These are only rumors, but it is true that Captain Marvel has faced a great deal of backlash in the past few months. According to The Atlantic, the film just recently recovered from horrible feedback on Rotten Tomatoes set in place by a group of fans who “review bombed” the film before its release. Many of the site’s users targeted the hero in their writings because the character is a female hero.