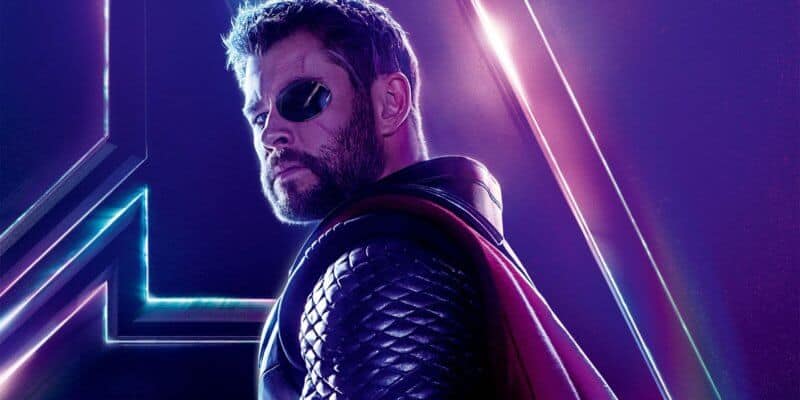 Chris Hemsworth is a massive part of the Marvel Cinematic Universe as his role as Thor in the “Avengers” series has smashed every Marvel fan’s heart to pieces with his continued ability to aid his friends in helping save the galaxy time and time again. Now, it seems it’s been revealed that Hemsworth will continue to wield his epic hammer in the MCU as the movie star will be returning to Marvel’s Phase 4.

This exciting news comes from a recent report by The Hollywood Reporter, which revealed that as part of renegotiating his contract in 2017 for “Infinity War” and “Avengers: Endgame,” Chris Hemsworth had also signed on for additional movies, which would be released as part of the Marvel’s Phase 4 slate.

“…Chris Hemsworth, i.e. Thor, who signed with Marvel for five movies in 2010, then renegotiated in 2017 for Infinity War and Endgame, putting himself in the $15 million to $20 million range and ready for the next phase of films.”

How Thor will be returning to the MCU in Phase 4 is not yet known, as Disney and Marvel Studios have not officially released the film slate for the next phase. Recent reports say that we can expect to see this major reveal sometime this summer.

As to whether Hemsworth will return with a Thor 4 is unknown. However, there has been talk that the character could return in “Guardians of the Galaxy Vol. 3” as Thor was last seen in “Avengers: Endgame” boarding the Benatar with the Guardians, where he jokingly referenced them as the “Asgardians of the Galaxy.”

At the end of Endgame, Thor makes Valkyrie queen of Agard, which makes the return to his home realm seem not so important anymore. Whether or not this completely cancels out the idea of a Thor 4 is unknown. However, it would be cool seeing the hammer-wielding god cruising the galaxy with the guardians!

What are your thoughts on Thor returning to the MCU for Phase 4? Let us know in the comments below!