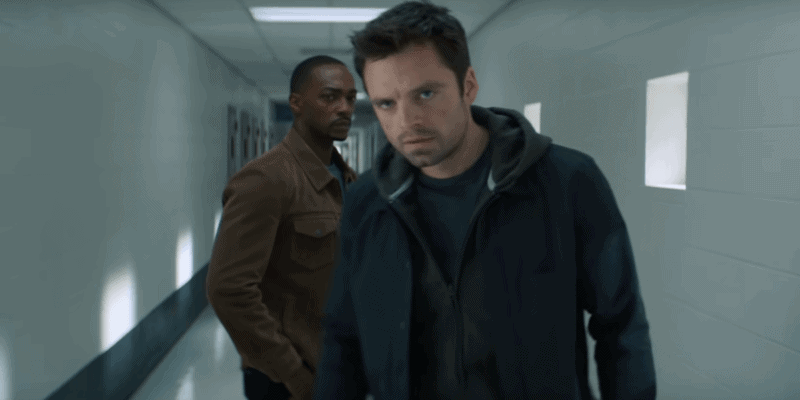 Marvel fans are in for a treat once WandaVision comes to a close this Friday and the MCU unveils its next superhero endeavor — The Falcon and the Winter Soldier. Despite constant setbacks from the ongoing pandemic, Marvel is still full of steam and has a few tricks up its sleeve. Later this month, Bucky Barnes/Winter Soldier and Sam Wilson/Falcon will be taking on the streaming screen in what The Walt Disney Company’s CEO Bob Chapek promises as a “cinematic type experience.”

Though most theaters across the United States have remained closed since last March, Disney+ has become the new stomping ground for movie lovers and the Marvel and Star Wars fandoms, with exclusive content like The Mandalorian WandaVision. Rather than compressing an overarching storyline into a two-hour film, Lucasfilm and Marvel have been able to spread out their plotlines into multi-episode series that span upwards of six hours.

The production level for Marvel’s WandaVision has been out of this world with its stunning Westview sets, as well as Avengers-level set design in their most recent episodes. Although this may seem like the peak of Marvel TV content, Disney CEO Bob Chapek has promised that there’s still a lot in store for the future.

Responding to a question on “superhero fatigue” from Morgan Stanley’s Ben Swinburne during a conference call, Chapek stated:

But in terms of fatigue, I guess that’s borne out in the numbers right, some extent, and they keep finding a way, let’s just go back and take Marvel, for example. You’ve got one division which is about the most unique, creative take on Marvel mythology, but it’s done in a unique all different way, which I think it’s fascinating. It’s riveting. It’s certainly riveting to me. But then you’ve got, the upcoming Falcon and Winter Soldier, which is really an epic, almost cinematic type experience. I mean, it’s big and bold. And if it were strung together in a movie theater, you would – it would be completely legitimate.

Chapek couldn’t help but express his excitement for WandaVision, in particular. Earning an impressive 8.2/10 rating according to IMDb, Marvel’s debut streaming series has wowed its viewers, including Disney executives, since its debut.

Shifting gears towards the highly anticipated The Falcon and the Winter Soldier, Chapek promised that the series would be “big and bold” and deliver a Hulk-sized punch. Every Marvel fan has been craving the adrenaline rush that came from Avengers: Endgame, but due to the constant setbacks for releasing new feature films like Black Widow and Spider-Man: No Way Home, we’ve gone an entire year without experiencing a new Marvel flick on the big screen — or even the Disney+ streaming service.

Turning to the small screen, Bob Chapek stated that The Falcon and the Winter Soldier would be an “almost cinematic type experience.”

Related: Will RDJ Appear as Iron Man in ‘The Falcon and the Winter Soldier’?

So, the creative canvas, if you will, is very broad for both Lucas and Star Wars as well as Disney, and very multi dimension. So yes, it’s superheroes in Marvel’s case. But it’s more… And they are just going to keep on growing because of the great creative talent we have.

Chapek intends for Disney to be with Marvel “to the end of the line,” supporting the company as much as they have Lucasfilm’s Star Wars franchise. Creating strong support between each powerhouse has already proven promising, with Marvel’s Jon Favreau running the groundbreaking The Mandalorian series and producing its numerous spin-offs.

The upcoming series will focus on the Falcon and Winter Soldier as they take over Captain America‘s shield and showcase Baron Zemo’s return. Zemo served as the main antagonist in Captain America: Civil War. The limited series will further Marvel Phase 4 after WandaVision. While the episode count is only six episodes, Marvel‘s Kevin Feige promises it will be a global adventure endeavor that’s more of a movie and less of a tv show.

The Falcon and the Winter Soldier will premiere on March 19, 2021, and star Bucky Barnes/Winter Soldier (Sebastian Stan) and Sam Wilson/Falcon (Anthony Mackie).

Are you excited about this new Marvel series? Let us know in the comments below!

Comments Off on Chapek: ‘Falcon and the Winter Soldier’ Is a “Cinematic” Experience