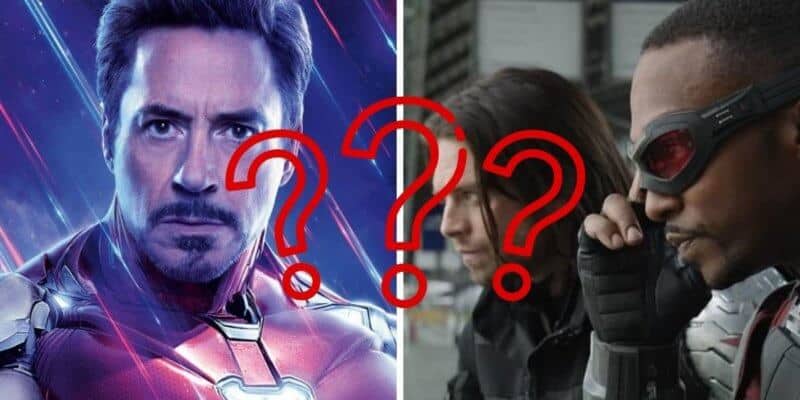 Marvel fans are anxiously awaiting the debut of the upcoming Disney+ Original Series The Falcon and the Winter Soldier, starring Anthony Mackie as Sam Wilson and Sebastian Stan as Bucky Barnes.

But with so much left unsaid, fans are wondering: who else will be appearing in the upcoming Disney+ series? Will Iron Man show up? Or maybe Captain America, since we know him and Bucky go way back? Well, series writer Derek Kolstad recently shared some fun details about the storyline of The Falcon and The Winter Soldier and even revealed some exciting details about the Marvel tie-ins.

“What I will say is that there are characters from the earliest Marvel movies that are coming back,” Kolstad said on the Script Apart podcast. “We’re layering them in and reinventing them in a way that’s gonna shift the storytelling structure. It’s f***ing awesome.”

So what does Kolstad exactly mean when he said “earliest Marvel movies”? Well, even though he didn’t elaborate, ComicBook suggests possibly seeing some supporting characters from Captain America: The First Avenger or maybe even a surprise appearance from Elon Musk as he reprises his role as himself from Iron Man 2.

Here at Inside the Magic, we would love to see Robert Downey Jr. return as Iron Man or even Chris Evans show up as Captain America.

Kolstad also wanted to share that despite seeing appearances from early MCU characters, this series will focus on Bucky and Falcon as it is their time to be in the spotlight.

“I’m very proud of and honored by what it came to be,” he said. “Here’s what I’ll say: growing up, everyone would give someone like Robin sh**. But Robin’s pretty bad***, and became pretty badass in the comics. [We’re] taking secondary characters and putting them in the primary roles, and [as a result] they’re cooler. They’re more interesting. There’s more humanity, more longing, more suffering, and coming to grips with who and what they are.”

The Official Synopsis Of The Falcon and the Winter Soldier is as follows:

“Following the events of Avengers: Endgame, Sam Wilson/Falcon and Bucky Barnes/Winter Soldier team up in a global adventure that tests their abilities — and their patience — in Marvel Studios’ The Falcon and The Winter Soldier. The all-new series is directed by Kari Skogland; Malcolm Spellman is the head writer.

As of right now, The Falcon and The Winter Soldier does not yet have a release date but we will continue to update you as we get new information.

Are you excited to stream the upcoming The Falcon and the Winter Soldier Disney+ Marvel Series? Who do you think will make appearances? Let us know in the comments.

Comments Off on Will RDJ Appear as Iron Man in ‘The Falcon and the Winter Soldier’?