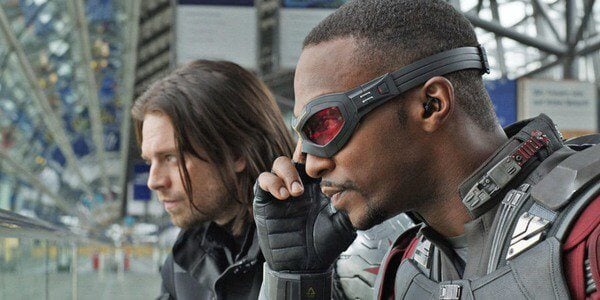 Disney+ has just given us some amazing news — We now know approximately when we can start streaming the highly anticipated Disney+ Original Marvel Series, The Falcon and The Winter Soldier.

On Sunday during the Super Bowl, Marvel fans got an exclusive first look at the upcoming Disney+ Original Series, starring Anthony Mackie as Sam Wilson and Sebastian Stan as Bucky Barnes.

When we first heard about the upcoming series, we knew it would be released sometime in the Fall of 2020, but what fans weren’t expecting was that The Falcon and the Winter Soldier’s release date would actually be in August of 2020!

That’s right — Marvel fans rejoice because we will be able to start streaming the Disney+ Original Marvel Series earlier than we thought!

Bob Iger also revealed on Tuesday, February 4, the release date for WandaVision (December 2020) and Season 2 of The Mandalorian (October 2020).

The Official Synopsis Of The Falcon and the Winter Soldier:

“Following the events of Avengers: Endgame, Sam Wilson/Falcon and Bucky Barnes/Winter Soldier team up in a global adventure that tests their abilities — and their patience — in Marvel Studios’ The Falcon and The Winter Soldier. The all-new series is directed by Kari Skogland; Malcolm Spellman is the head writer. Debuts on Disney+ this fall.”

The upcoming Marvel series will include six episodes and is expected to be a limited series. But this is just one of the many Marvel Cinematic Universe Disney+ Originals that fans can look forward too.

We also know that WandaVision will be debuting in December 2020 and Loki will most likely be released in early 2021.

During a presentation at CCXP in Brazil in December 2019, MCU President, Kevin Feige stated “I’ve been [at Marvel] for almost 20 years. And being able to build the MCU, and build a 23-movie Infinity Saga was great.”

“And will all, for the first time, interlink. So the MCU will be on your TV screen at home on Disney+ and interconnect with the movies, and then go back and forth. It’s exciting to expand the MCU to even bigger and better heights.”

Feige also stated, “These will be both new and continuing stories, and one of the things we’re most excited about is that these will be major storylines set in the MCU with ramifications that will be felt both through the other Disney+ series we’re producing and our features on the big screen.”

Are you excited to stream the upcoming The Falcon and the Winter Soldier Disney+ Marvel Series? Let us know in the comments.