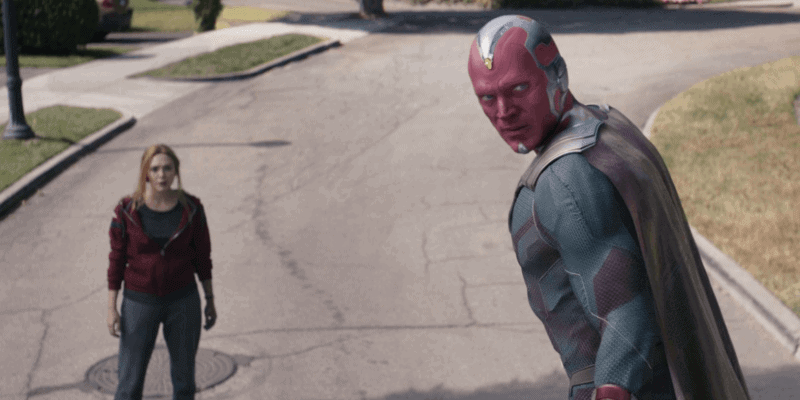 From the time WandaVision was announced, it was with the understanding that the nine-episode season would be a standalone mini-series.

The ode to classic TV sitcoms, which featured Avengers characters Wanda Maximoff/Scarlet Witch (Elizabeth Olsen) and Vision (Paul Bettany) living idealized suburban lives, finished its run on Friday, March 5, 2021. The final episode was even titled “The Series Finale,” which seemed to cement the fact that there would not be any more WandaVision in the future.

Now, however, Marvel Studios boss Kevin Feige has indicated that there could be hope for WandaVision Season 2 down the road. In a SciFiNow interview, Feige said:

“We are developing all of these shows the way we’re developing our movies. In other words, when we start with a movie, we hope there’s a part two; we hope there’s a part three. But we aren’t factoring that into part one. We are trying to make something that hooks people enough and that people enjoy enough and want to revisit enough, that they want to see the story continue. So that is the way we’re proceeding on television as well.”

Feige went on to say that he is certainly open to more WandaVision and that the studio hasn’t ruled out anything when it comes to the MCU on streaming TV. He shared:

“I’ve been at Marvel for too long to say a definite no or definite yes to anything in regards to your question about another season of WandaVision but some of the shows that we’re about to start filming, we are keeping in mind a structure that would lead into a Season Two and a Season Three in a more direct way than, say, a show like WandaVision which clearly goes into a feature. But it is new. That’s part of the fun, exciting, adrenaline-boosting creativity that we’re able to do, thanks to Disney+, and really to figure out new ways of storytelling. Perhaps someday we’ll chart out five seasons of a show, but really we’re focusing on delivering the best seasons we can one at a time so far.”

It is worth noting that Tom Hiddleston’s upcoming Loki series, which is set for a June premiere, has already seemingly been green-lighted for a second season, so in that particular case, the future of the series may play into Season 1 planning.

As for the characters who appeared in WandaVision’s homage to classic television, we certainly haven’t seen the last of them. Wanda — and potentially her sons, Billy and Tommy — will appear alongside Benedict Cumberbatch’s Doctor Stephen Strange in Doctor Strange in the Multiverse of Madness next year.

There have even been rumors of Billy (Wiccan) and Tommy (Speed) appearing in a Young Avenger TV series within the Marvel Cinematic Universe, but nothing has been confirmed.

We also probably haven’t seen the last of Kathryn Hahn’s fan-favorite character, Agatha Harkness. In the WandaVision finale, Wanda trapped the witch in Westview, ominously noting, “I know where to find you.”

For now, Marvel fans can look forward to the next chapter of the MCU, The Falcon and the Winter Soldier, debuting on Disney+ on March 19.

Do you hope the Marvel Studios team decides to revisit Wanda Maximoff in a WandaVision Season 2?

Comments Off on Marvel Is Open to ‘WandaVision’ Season 2