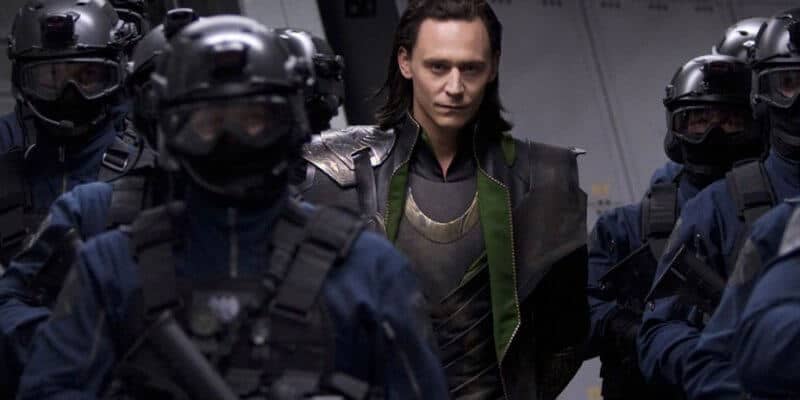 The highly anticipated Marvel series, Loki has gotten a release date for Disney+!

According to an announcement from D23, Loki will be coming to Disney+ on June 11, 2021! This is mere weeks after Marvel’s upcoming The Falcon and Winter Soldier series will end.

Here is what we can expect from Loki when it debuts this June:

In Marvel Studios’ “Loki,” the mercurial villain Loki (Tom Hiddleston) resumes his role as the God of Mischief in a new series that takes place after the events of “Avengers: Endgame.” Kate Herron directs and Michael Waldron is head writer. Debuts on Disney+ in June 11, 2021.

The series will be directed by Kate Herron, and stars Tom Hiddleston (Loki), Owen Wilson, Gugu Mbatha-Raw, Sophia Di Martino, Wunmi Mosaku, and Richard E. Grant. The star-studded cast will be bringing to like this mischievous new series into the Marvel universe.

Loki will be building the incredible line-up that Marvel is bringing to Disney’s new streaming service, Disney+. WandaVision is being received exceptionally well by fans and critics alike. The upcoming Falcon and The Winter Soldier series is highly anticipated and will debut a few short weeks after WandaVision wraps.

Loki, like the other Marvel series on Dinsey+, is rumored to tie into the Marvel Cinematic Universe or MCU. The Character Loki was killed in the MCU, so the series gives the character new life on the small screen. We will have to wait and see how this storyline brings Loki back to life!

This is what you need to know about the Loki character before the God of Mischief’s new Disney+ series debuts.

Loki (Tom Hiddleston) made his screen debut as the brother of Thor (Chris Hemsworth) in the first Thor film in 2011. Loki was the main antagonist in Marvel’s first Avengers film in 2012 — and was featured heavily in the Marvel Cinematic Universe, six films in total so far.

Here is the trailer for Loki

We cannot wait to see Loki on Disney+ this June, and are glad to see Tom Hiddleston continue his journey with Marvel Studios as the character is so interesting!

Are you excited for Loki coming to Disney+? Let us know in the comments!

Comments Off on ‘Loki’ Release Date Announced for Disney+