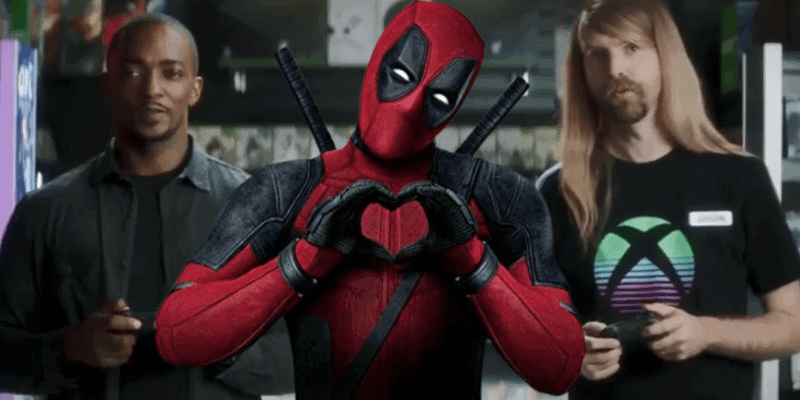 The first episode of Falcon and the Winter Soldier is only days away. Marvel fans have taken a break from overanalyzing the final episode of the other Disney+ exclusive series WandaVision to overanalyze the trailers and promotions for the next new show.

Just a few days ago Anthony Mackie “hacked” Sebastian Stan’s Instagram as part of the promotions leading up to the premiere. Each new trailer has gotten fans more excited for the newest entry into the Marvel Cinematic Universe.

Current theories about the plot of The Falcon and the Winter Soldier include everything from the return of Captain America’s super-soldier serum to a possible inhuman threat. Who knows, maybe Mephisto could still show up at some point.

Fans are still a little burned from the theories that never panned out during WandaVision, but the new television series starring Sebastian Stan as Bucky Barns/The Winter Soldier and Anthony Mackie as Sam Wilson/Falcon is set to be a different “cinematic experience.” Yet it may have already put the kibosh on a fan theory from Avengers: Endgame (2019).

During Thor’s problematic reintroduction, Korg (voiced by Taika Waititi) is getting bullied by NoobMaster69. At the time fans came up with the theory that this could be Deadpool/Wade Wilson. It’s just the kind of username the Merc with a Mouth might pick.

Twitter user Todd Broskii jumped on the idea that this would be the perfect way to bring Ryan Reynolds’s character into the MCU now that he will appear in Phase 4:

One reason that fans pay attention to all those small moments is that Marvel has a history of paying it off — just look at Red Skull’s return in Avengers: Infinity War. And this is sometimes why they can feel disappointed when a dangled thread ends up going nowhere, a criticism of WandaVision.

Noobmaster69 is back and in an unexpected place coupled with the return of an old Captain America: Winter Soldier (2014) cameo. In a cross-promotion with Microsoft’s Xbox Game Pass subscription service, Anthony Mackie’s Falcon tries it out with an employee played by D.C. Pierson. In the clip, he points out that his gamer tag is Noobmaster69.

You don’t need a Vibranium shield to be a hero. Admittedly, it does help.

Pierson previously showed up in Winter Soldier. He played an Apple employee who interrupted Steve Rogers/Captain America (Chris Evans) and Natasha Romanoff/Black Widow (Scarlett Johansson) while they were on the run.

So that fun theory about how Noobmaster69 could be Deadpool may not actually pan out, but Marvel can never keep a good theorist down. In the Xbox promo, Pierson’s character, Aaron, explains that his cousin chose the name.

TheDirect is already speculating that the unnamed cousin could be Wade Wilson, saying:

“Could Ryan Reynold’s Deadpool be said cousin? […] It’s hard not to end up overthinking such a clever joke by Marvel, especially with the potential it could bring to subtly link Endgame into future projects.”

In Marvel Comics canon, Deadpool does not have much in the way of an extended family. Both of his parents are deceased, and it is never mentioned whether he has any aunts or uncles.

In Deadpool (2016) Wade and Vanessa (Morena Baccarin) have a flirtatious competition over who had the most tragic childhood. It seems like in Fox’s version of Deadpool, he also does not have any living family members.

However, now that Deadpool is entering the Marvel Cinematic Universe, his story is always open to revision, so we will have to wait and see if the new fan theory ever pans out.

Let us know in the comments below if you are ready for Falcon and the Winter Soldier this Friday, March 19.