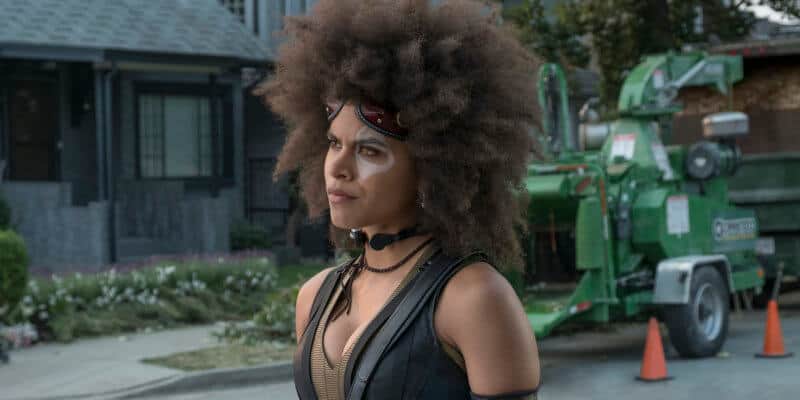 Ever since Disney bought 20th Century Fox back in March 2019, Marvel fans have been eagerly anticipating the return of the X-Men, Fantastic Four, and all the other Marvel Comics characters that Fox owned. Questions have circulated ever since about whether Disney would roll in some aspects of the legacy films into their new franchise or do an all-out reboot.

Much was made of Evan Peter’s cameo in WandaVision since he played Peter Maximoff /Quicksilver in Fox’s X-Men films. Marvel fans begged for another hint that the mutants might be coming to the Marvel Cinematic Universe.

At the time of the acquisition, fans of Fox’s X-Men franchise were concerned that Disney might not be up to the task of making more adult content for comic book fans such as the R-rated Deadpool franchise. The first starring Ryan Reynolds as Wade Wilson, the Merc with a Mouth, created by director Tim Miller became the highest-grossing R-rated movie at the time.

Those fears were assuaged when Disney and Marvel confirmed that their version of Deadpool would keep its R-rating. Deadpool fans could rest assured that their favorite wise-cracking mercenary would not be dulled down into the family-friendly superhero flick. And now that the release date for the film has been leaked, tentatively November 3, 2023, it looks like Deadpool 3 will set the standard for how Marvel will continue Fox’s X-Men films.

Now in a recent interview with Collider, Zazie Beetz, who played Domino in Deadpool 2 (2018), said she has not been contacted by Disney to return for their film. She told Collider:

“No, I haven’t [heard about Domino’s return]. I would love to revive the role. That was always in the world of what was potentially going to happen. I haven’t had any specific conversations around it. But I’m interested. Not only would I love to revive the role, I would love to figure out a way to make a Domino movie or something like that. We’ll see what happens, but I haven’t had any personal conversations.”

It is worth noting that Marvel’s Deadpool 3 has experienced delays in production for many reasons, including the switch in Studios, the pandemic, and Ryan Reynolds’ packed schedule. Fiege already confirmed that Deadpool isn’t even scheduled to start filming in 2021, back when he confirmed the R-rating.

Perhaps, they simply have not reached out to Beetz yet since Emmy-winning writers Lizzie Molyneux-Loeglin and Wendy Molyneux haven’t yet finished polishing off the script. Or it could be a bigger indication that Disney and Marvel are trying to put as much distance between their films and the previous Fox films without alienating Deadpool fans.

Domino is a recurring foil for Deadpool in Marvel Comics. They have had an on-again-mostly off-again relationship. She is mainly paired with Cable and despises mercenary Wade Wilson. In the comics, Domino’s origin story was that her powers were the result of yet another rogue experiment to replicate the super-soldier program that produced Captain America.

In the Deadpool sequel, Domino’s backstory to be more than that of a generic comic book mercenary. She was connected to the orphanage that tortured mutants, but her motivation was left mainly unexplored in the superhero film.

Deadpool 2 introduced Domino along with a version of X-Force, a team both her and Wade Wilson joined in the comics. Domino’s mutant ability essentially amounts to her being lucky and fans would be lucky to see Beetz return to the roll.

What is most odd about Disney not having Beetz return is with their current focus on featuring a diverse cast in their superhero films they would be eliminating one of the few women of color in the Marvel Cinematic Universe.

Let us know in the comments below how you feel about Beetz not returning as Domino.