Confirmed: Disney/Fox find director for new Planet of the Apes movie - Inside the Magic 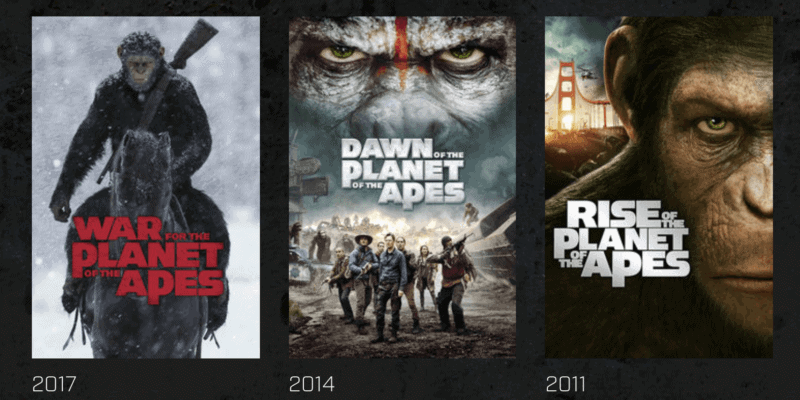 It appears that Fox–and its new parent company Walt Disney Studios–are not done with the Planet of the Apes franchise. According to The Hollywood Reporter, a new Planet of the Apes movie is set for production and has Maze Runner director, Wes Ball, to lead the way.

Planet of the Apes would be the first significant Fox franchise to be played with since the Disney merger. Ball is already building a relationship with Disney, helping develop a Disney+ series called The Night Market. It is still unclear at this point whether this next Planet of the Apes film will be a continuation of the origin series like Disney has already suggested or another reboot.

Planet of the Apes has been a 20th Century Fox staple since the original film of the same name was released in 1968. Based on a French novel, and staring the great Charleton Heston, the film depicted astronauts arriving on a planet dominated by advanced species of Ape, the plot twist at the end being the astronauts were on a post-apocalyptic Earth.

The movie was a raving success that gave birth to a franchise featuring a chain of sequels and a 1970s TV show. After Tim Burton’s arguably-failed attempt to reboot the franchise in 2001, Fox went back to its roots and began to tell the origin story of how the Earth came to be ruled by apes. The prequels starred Andy Serkis performing revolutionary motion-capture work as the lead ape, Caesar.

Speculation time: If Marvel and Lucasfilm franchises have shown us anything it’s that Disney likes to beat the dead horse while throwing piles and piles of money on it. Fox’s level of autonomy has always been questioned since the merger, but Disney knows what can happen when it simply gives its other studios the means to fulfill their dreams for their assets. Perhaps this new relationship with Disney will help Fox continue the movies to create an entirely redone Planet of the Apes saga.

What do you think about the plans to make another Planet of the Apes movie? Do you think it will live up to the others in the series? Let us know in the comments!

Comments Off on Confirmed: Disney/Fox find director for new Planet of the Apes movie