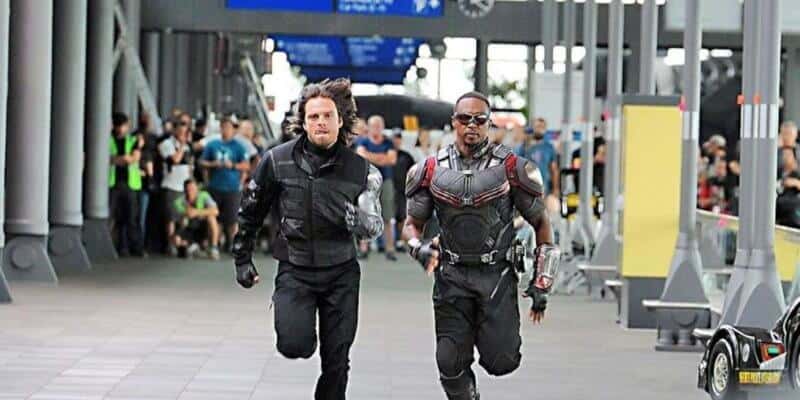 @AnthonyMackie here taking Sebastian’s account for a test ride. Took a minute to figure out where the post button was but I got there. One week until The #FalconAndWinterSoldier, so here’s a sneak peek

In the new clip from the Marvel series, Wilson — who is now in possession of Captain America’s shield — and Barnes are arguing about whether or not Red Wing could be part of the “big three” — that would be, according to Wilson, “androids, aliens, and wizards.”

When Barnes scoffs “Who are you fighting now, Gandolf?”, Wilson hilariously asserts that, “Doctor Strange is a sorcerer. And, sorcerers are wizards without hats.” Touché.

For Marvel fans, the new look at The Falcon and the Winter Soldier proves that it’s going to be everything we’ve hoped for. Actors Mackie and Stan have amazing chemistry — their final scene with Steve Rogers/Captain America (Chris Evans) in Avengers: Endgame (2019) left the fan community wanting more, and now we’re getting exactly what we wanted beginning on March 19.

Walt Disney Company CEO Bob Chapek has promised fans that The Falcon and the Winter Soldier is a “cinematic experience,” which is proven by this new clip that feels as though it could have been taken straight from a Marvel Cinematic Universe movie.

The official description of The Falcon and the Winter Soldier reads:

Following the events of ‘Avengers: Endgame’, Sam Wilson/Falcon (Anthony Mackie) and Bucky Barnes/Winter Soldier (Sebastian Stan) team up in a global adventure that tests their abilities—and their patience—in Marvel Studios’ ‘The Falcon and The Winter Soldier’. The all-new series is directed by Kari Skogland; Malcolm Spellman is the head writer.

Currently, IMDb indicates that The Falcon and the Winter Soldier will be a six-episode mini-series with no second season in sight. However, the same was said of Marvel’s first streaming TV show, WandaVision, and Marvel Studios’ head Kevin Feige recently shared he is not opposed to a Season 2 of the hit series that featured Avengers characters Scarlet Witch/Wanda Maximoff (Elizabeth Olsen) and Vision (Paul Bettany).

Before we see Sam and Bucky back in action next week, you can catch up on everything in the Marvel universe – including movies like Avengers: Age of Ultron, Avengers: Infinity War, Captain America: Civil War, Black Panther, and new series Marvel Legends – on Disney+.