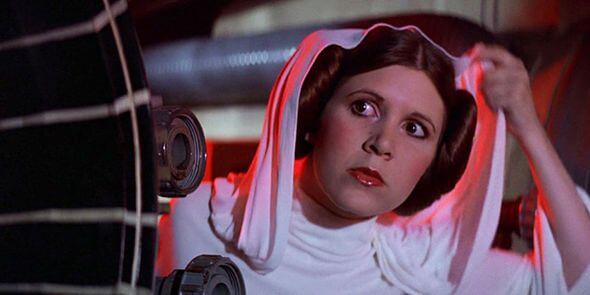 In this week’s second episode of new Marvel streaming series, The Falcon and the Winter Soldier, there was a lot of action with the Flag Smashers and the new Captain America (Wyatt Russell) — and a little bit of couples’ therapy for Bucky Barnes/Winter Soldier (Sebastian Stan) and Sam Wilson/Falcon (Anthony Mackie).

At the end of all of the drama, Marvel Cinematic Universe fans were finally reintroduced to Baron Helmut Zemo (Daniel Bruhl), who is reprising his role from Captain America: Civil War (2016).

Baron Zemo, previously a Colonel in the Sokovian Armed Forces, is currently being held in a cell, presumably after he was turned over to the Joint Counter Terrorist Centre by T’Challa/Black Panther (the late Chadwick Boseman) in Civil War.

As The Falcon and the Winter Soldier head writer, Malcolm Spellman, recently shared with AV Club:

“The Zemo character is going to lend a lot of voice to [the notion of the Avengers as acting outside of the law/law enforcement] You can see what he thinks of it. Obviously, all of us are channeled through him a little bit in that Zemo sees all of them as supremacists, and he thinks that people who are endowed with abilities that are extraordinary — like law enforcement or in this case, heroes—are inherently going to abuse their power, and he has a damn good reason to think that. They destroyed his country by using his city as a bomb and killed his entire family along with everyone he knew.”

Since Disney+ subscribers only briefly saw Zemo sitting in his cell via security camera footage in the second episode of The Falcon and the Winter Soldier, we haven’t yet gotten to experience this deeper characterization. But, we were treated to a blink-and-you-miss-it Easter egg.

Another secondary character, Sharon Carter (Emily VanCamp) was mentioned this week, but still hasn’t been officially introduced in the hit new show.

Related: The Russo Brothers confirm that Steve Rogers is no longer Captain America

Wookieepedia has provided details about the now-famous Cell 2187:

Found in Detention Block AA-23, sub-level five, an area reserved for political prisoners, Organa was held here after she was captured by Darth Vader and tortured by an IT-O Interrogation Unit. Following the destruction of Alderaan, she was scheduled to be executed, but Luke Skywalker [Mark Hamill], Han Solo [Harrison Ford] and Chewbacca [the late Peter Mayhew] effected a daring rescue…

The cell number was also referenced in the Skywalker Saga Star Wars sequel trilogy, specifically in Star Wars: Episode VIII – The Force Awakens (2015) — the stormtrooper number given to Finn (John Boyega) is FN-2187. Poe Dameron (Oscar Isaac) eventually gives him the name “Finn” based on the “FN” designation when he deflects from Captain Phasma and the First Order.

The tribute to the Star Wars franchise in The Falcon and the Winter Soldier is no surprise. Marvel Studios President Kevin Feige is a known Star Wars fan and is even in the process of creating a Star Wars movie with Loki writer, Michael Waldron.

Star Wars fans have a lot to look forward to in the coming years, including a second movie from another popular Marvel name — Taika Waititi. Waititi will be overseeing his own Star Wars movie, which is rumored to have more comedic elements than prior Star Wars films.

Nothing has been confirmed at this time, however, so fans will just have to wait and see.

Did you catch this fun MCU reference to the Star Wars universe? What other Star Wars Easter eggs would you like to see hidden in Marvel series in the future? Tell us your thoughts on TFATWS Episode 2 in the comments!

You can currently all of your favorite films and series from Kevin Feige’s Marvel universe on Disney+. From refreshing yourself about Bucky and Sam’s history with Avengers: Infinity War (2018) and Avengers: Endgame (2019) to gearing-up for Doctor Strange in the Multiverse of Madness (2022) with WandaVision, MCU fans can find everything they love on the Disney streaming service.