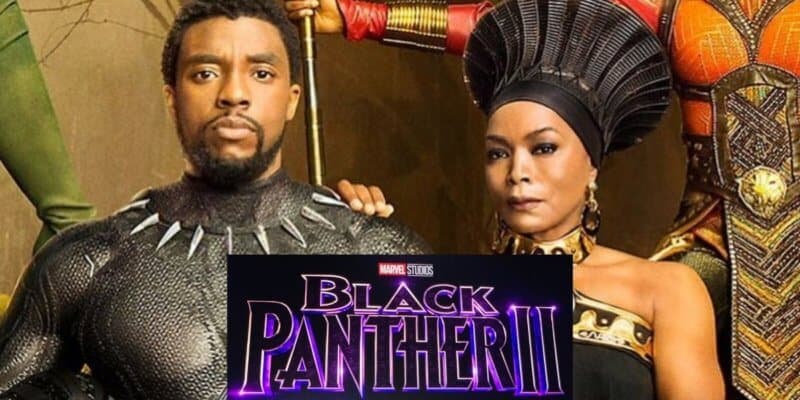 Black Panther 2 has been on everyone’s minds ever since the tragic loss of real-life superhero, Chadwick Boseman, who played King T’Challa in Black Panther, Captain America: Civil War, Avengers: Infinity War, and Avengers: Endgame. Boseman died in 2020 from colon cancer after keeping his illness a secret.

The highly anticipated Marvel Cinematic Universe sequel was already announced when the world learned of the sudden passing of Boseman, which left everyone wondering what was going to happen to Black Panther 2.

During the Disney Investor Day 2020 event, the company announced that Marvel would not be recasting Boseman, but would be exploring “the world of Wakanda & the rich characters introduced in the first film”. Now, one of those characters is speaking out on Disney and Marvel’s decision to not recast Boseman for the second film.

Angela Basset, known for playing Ramonda, AKA the Queen of Wakanda, in the 2018 MCU film, Black Panther. Recently, Basset spoke to Entertainment Tonight regarding Boseman and the upcoming film.

“It’s a tremendous loss,” Basset said, “but Kevin and the Marvel universe and Ryan [Coogler], the director, the writer from before, they are committed to telling [a story] and equally as much as we can, equally planned. So we are looking forward to that. Looking forward to what they come up with.”

Basset stated that the studio will “have to do a major pivot and they are still working on that now because none of us knew anything.”

When speaking about Boseman, Bassett said, “Our brother held it really close, really close to the chest, But his legacy, his loss, the love and appreciation that we have for who he was and what he shared with us cannot be [replaced]… It is missed and appreciated and cannot be duplicated. It’s a tremendous honor and, yes, he is completely irreplaceable.”

When we learned of the passing of Boseman, Bassett took to Instagram to share a special message to the real-life superhero:

“It was meant to be for Chadwick and me to be connected, for us to be family. But what many don’t know is our story began long before his historic turn as Black Panther. During the premiere party for Black Panther, Chadwick reminded me of something. He whispered that when I received my honorary degree from Howard University, his alma mater, he was the student assigned to escort me that day. And here we were, years later as friends and colleagues, enjoying the most glorious night ever! We’d spent weeks prepping, working, sitting next to each other every morning in makeup chairs, preparing for the day together as mother and son. I am honored that we enjoyed that full circle experience. This young man’s dedication was awe-inspiring, his smile contagious, his talent unreal. So I pay tribute to a beautiful spirit, a consummate artist, a soulful brother…”thou aren’t not dead but flown afar…”. All you possessed, Chadwick, you freely gave. Rest now, sweet prince.” #WakandaForever

Bassett also posted the following photos with a simple caption of a broken heart.

If you’ve never seen the 2018 Marvel film, Black Panther, it stars Chadwick Boseman as King T’Challa, Michael B. Jordan as Erik Killmonger, Lupita Nyong’o as Nakia, Danai Gurira Danai Gurira as Okoye, Letitia Wright as Shuri and others. The film is directed by Ryan Coogler.

Marvel Studios’ “Black Panther” follows T’Challa who, after the death of his father, the King of Wakanda, returns home to the isolated, technologically advanced African nation to succeed to the throne and take his rightful place as king. But when a powerful old enemy reappears, T’Challa’s mettle as king—and Black Panther—is tested when he is drawn into a formidable conflict that puts the fate of Wakanda and the entire world at risk. Faced with treachery and danger, the young king must rally his allies and release the full power of Black Panther to defeat his foes and secure the safety of his people and their way of life.