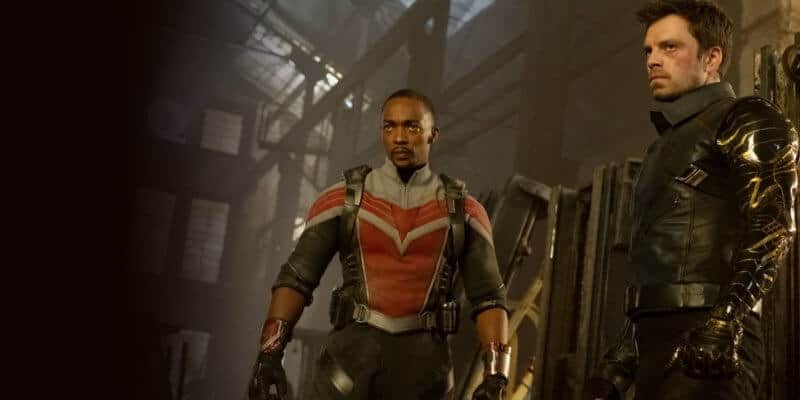 There’s no denying the success that Lucasfilm and Marvel Studios have had with their Disney+ original series. First, Jon Favreau and Dave Filoni’s The Mandalorian became the flagship show on the streaming platform. Then, Marvel’s first foray into streaming, WandaVision, was a smash hit. Now, Marvel’s latest endeavor, The Falcon and the Winter Soldier, is reportedly the most successful series of all — so far.

According to a Variety report, Disney has stated that The Falcon and the Winter Soldier premiere on March 19, 2021, was the most successful Disney+ debut yet:

Citing no concrete numbers, Disney Plus announced on Monday that “The Falcon and the Winter Soldier” was the streaming service’s most watched series premiere ever during its opening weekend, exceeding the series premieres for “The Mandalorian” and “WandaVision.”

The series premiere was also the most-watched title overall on the service worldwide, including in the Disney Plus Hotstar Markets.

According to Disney, the “FAWS” series premiere joins the “WandaVision” series premiere and the Season 2 premiere of “The Mandalorian” as the three highest watched original season openers to date on the service.

The series is set to explore a number of hot-button topics, including race in the modern United States of America.

Avenger Sam Wilson/Falcon (Anthony Mackie) was given Captain America’s shield prior to Steve Rogers’s (Chris Evans) death and the first episode of the new hit Marvel series began to poignantly explore Wilson’s feelings about being a Black man and an American icon today.

Marvel fans also have a lot to look forward to with the episode two reintroduction of the villainous Baron Zemo, a character who first officially appeared in the MCU in Captain America: Civil War (2016).

Comic book fans, however, know that Baron Zemo originally appeared long before Kevin Feige and Co.’s Marvel Cinematic Universe films existed. In the comic version of the Marvel universe, Zemo was involved with HYDRA, which he has not been — at least to date — in the MCU.

Related: How Wanda Maximoff (Elizabeth Olsen) Can Retcon the MCU

Did you watch The Falcon and the Winter Soldier premiere? Do you think it’s worth the hype?

Comments Off on Disney Flaunts ‘Falcon and the Winter Soldier’ Success