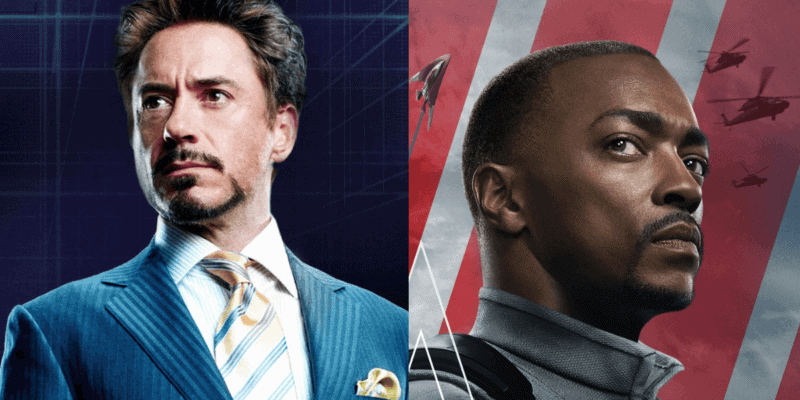 The Falcon and the Winter Soldier has only aired its first episode, but it already is taking the Marvel Cinematic Universe by storm. Its debut already has Marvel fans guessing at what is next for Sam Wilson / Falcon (Anthony Mackie) and Bucky Barnes / Winter Soldier (Sebastian Stan) on their global adventure.

Related:  ‘Falcon and the Winter Soldier’ Already Hinted at Inhumans

The first episode had some heavy lifting to catch fans up on with everything that has been happening to Sam and Bucky in a post-Avengers: Endgame (2019) world. Marvel Studios’ other Disney+ original series, WandaVision, did not address much regarding how the Marvel universe was dealing with the return of those who were “blipped” away by Thanos’s snap.

2019’s follow-up film Spider-Man: Far From Home, starring Tom Holland as Spider-Man / Peter Parker, also glossed over a lot of the effects of the five years many characters were away. In The Falcon and the Winter Soldier series, Sam trying to help his sister Sarah (Adepero Oduye) save the family business — and it raises a lot of financial questions that haven’t previously been acknowledged.

In one particular scene featuring Sam and his sister, the banker they are meeting with points out that Sam does have any financial records for the last five years, as if they have no way to account for everyone who was snapped.

The moment is meant to set up a lot of the issues with race in America that are sure to come up in the rest of the series, referencing historically unfair lending practices that African Americans have experienced.

Twitter user Prentice Penny understood the implication immediately and said: “Only in America could The Falcon not quality for a loan after defending the galaxy.”

Only in America could #TheFalcon not qualify for a loan after defending the galaxy as an Avenger fighting against Thanos.

Also on Twitter, Ian McLoud pointed out the hypocrisy of Sam’s treatment by the bank saying since Steve Rogers gave Sam his iconic shield: “Captain America trusted Sam Wilson with his shield, but SBA can’t trust him with a loan?” Seems a little suspect that Wilson qualifies to hold the Captain America mantle after dying in Avengers: Infinity War (2018) but not qualify for a small business loan.

Captain America trusted Sam Wilson with his shield but the SBA can’t trust him with a loan?

However, another moment from the same scene has fans arguing if Iron Man/ Tony Stark (Robert Downing Jr.) should have paid the Avengers for their service. Wilson tells the banker that the Avengers never received a salary from the multi-billionaire.

Can't believe all the Avengers were unpaid interns. Smh Tony Stark remains a villain even in death. ?

Then, over on Reddit, user JayEdgarHooverCar pointed how little characters like Sam and Peter were paid with a meme —  singling out Rhodey / War Machine (Don Cheadle) who may have been paid as a Stark Enterprises employee. And, sorry Peter, does a free Iron-Spider suit and EDITH not work for you?

Of course Iron Man didn't pay the other Avengers wages – he's a billionaire, he paid them in exposure

Twitter user Nick Nocera pointed out in Iron Man’s defense that at least Tony covered the Avengers’ expenses, as if Sam Wilson and the rest of the team had no other living costs — I guess shawarma is free and rent does not exist in the MCU.

Batman was still alive, Iron Man died and did pay for all of the Avengers’ expenses as a team

And, user Breastina’s boyfriend pointed out that it should have been the government’s job to pay the Avengers, at least those registered with the Sokovia Accords (which Sam was not for the period of time he was on the run following Captain America: Civil War (2016)).

Why should stark? The government wanted the avengers to register Buh cap was against that..if they had, like they’d have been paid by the government then not stark??‍♂️ stark made their work much better with his tech!!

In the comics, a lot of the expense of being an Avenger is paid by Tony Stark. While he does not pay them directly, most of the Avengers live in Avenger’s Tower, where all their living expenses are covered.

Those who do not live in The Tower all have side jobs to cover their expenses. For example, Peter Parker is a photographer and Clint Barton / Hawkeye worked either for SHIELD or as a private investigator.

Let us known in the comments below if you think Tony or his estate should have paid the Avengers.