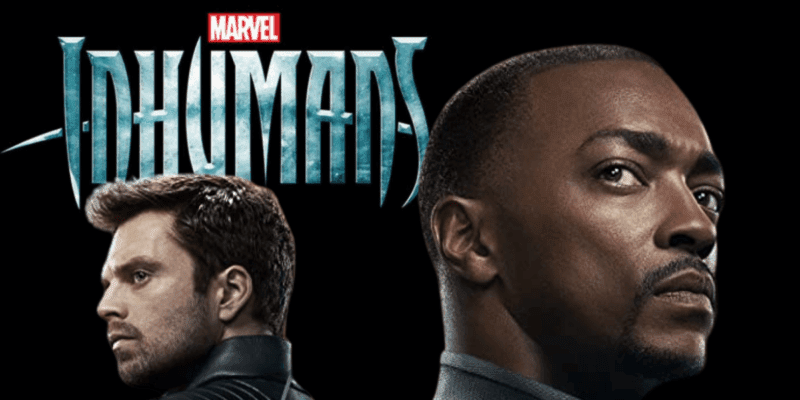 Now that the first episode of The Falcon and the Winter Soldier has dropped, Marvel fans are at it again. Dissecting every season to look for hidden Easter eggs to support their fan theories. And it looks like the Inhumans might be the new white whale, similar to WandaVision‘s Mephisto.

Not much is known about what the central conflict faced by Falcon/Sam Wilson (Anthony Mackie) and Bucky Barnes/Winter Soldier (Sebastian Stan). The Flag Smashers have risen up after the Blip to return to the world to the time of the snap are already on Sam’s radar.

However, what is clear from their attack in the first episode is that the Flag Smashers are not ordinary terrorists. They displayed significant strength when they attacked Joaquin Torres, played by Danny Ramirez.

One of the prevailing theories online is that they are using a variation of Captain America’s super-soldier serum. Another is that they have a connection to the Winter Soldier Program and are highly trained advanced individuals like Bucky Barnes. It was confirmed that The Falcon and the Winter Soldier will have a plot line involving a chemical weapon.

David Brühl will reprise his role as Baron Zemo, who is an expert in the program. He will show up in the least the next five episodes of the series. So he will be playing a major role along with Sharon Carter (Emily VanCamp), both of whom were last seen in Captain America: Civil War (2016).

Another theory that has been circulating is that the Flag Smashers could be Inhumans. Since the long-dormant Inhuman’s Twitter account suddenly found new life to help promote Marvel’s latest Disney + exclusive series:

Are you ready? Watch the brand-new trailer for Marvel Studios’ The Falcon and the Winter Soldier and start streaming the Original Series March 19 on @DisneyPlus. #FalconAndWinterSoldier pic.twitter.com/M2e3I2xxDh

Don’t know who the Inhumans are? Don’t worry — a lot of Marvel fans don’t either.

They had a very successful arc on Agents of SHIELD but their stand-alone series, The Inhumans, holds the distinction of being one of the worst things ever released into the Marvel Cinematic Universe. It has a Rotten Tomato score of only 11%.

Marvel Studios President Kevin Fiege probably wishes it go the way of the Snap from Avengers: Infinity War (2018) and just turn to dust.

But still, there are fans from the comics who want to see Black Bolt, Medusa, and company done justice. And with Ms. Marvel coming around the corner it may be time for the MCU to try to work the Inhumans back in. Ms. Marvel/Kamala Khan is one of the most popular Inhumans from the comics.

The Tweet seemed like flimsy evidence to support the theory that The Falcon and the Winter Soldier will have Inhumans in it. However, in the scene where Torres and Sam were talking after their opening mission, he asks Sam if Captain America/Steve Rogers (Chris Evans) has a secret base on the moon.

It seems like a silly joke, but Marvel fans were quick to point out there is actually a moon on the base in the MCU. It was introduced in Marvel’s The Inhumans (2017). Attilan is a city on the moon where the Inhumans live on, and it has given new life to the Inhumans theory.

Inhumans are humans who were genetically manipulated by the Kree (the aliens attacking the Skrulls from Captain Marvel). They go through a process known as Terrigenesis, which transforms their bodies and gives them superpowers, such a super strength like the Flag Smashers showed.

It is unlikely they will be the main focus of a show like The Falcon and the Winter Soldier, which still has a lot to unpack post-Avengers: Endgame (2019). The show will explore Bucky’s trauma, the issue of who is meant to hold Captain America’s shield, and tackle issues of race in America. But the Inhumans could be included briefly as set up for Ms. Marvel.

Let us know in the comments below if you think the Inhumans will show up in Falcon and the Winter Soldier.