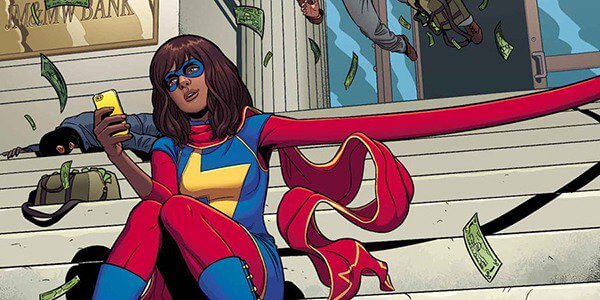 The Hollywood Reporter has confirmed that the upcoming series, Ms. Marvel, has added actress Laurel Marsden to the cast list. Marsden will be playing Kamala Khan’s friend Zoe Zimmer.

Ms. Marvel is set to premiere later this year on Disney+, continuing to build on Marvel‘s momentum in the streaming television arena established by WandaVision. Falcon and The Winter Soldier is set to premiere next, with new Marvel content scheduled to be released almost every week of this year.

Related: Next Marvel Series Has 200% Higher Fan Anticipation Than ‘The Mandalorian’

Ms. Marvel will follow the adventures of the Marvel Cinematic Universe‘s first Muslim superhero, based on the comic book written by G. Willow Wilson. She is a newer character in Marvel Comics, only debuting in 2013, but she made history by being the first Muslim character to lead an ongoing series.

Newcomer Iman Vellani will play the lead, Kamala Khan, a young Pakistani American girl from Jersey City, New Jersey. After sneaking out one night, Kamala is exposed to the Inhuman Terrigen Mist and developed the ability to change her body into any size or shape.

Kamala was a huge fan of the superhero Captain Marvel / Carol Danvers (played by Brie Larson in the MCU) so she took the moniker Ms. Marvel to honor her. Kamala becomes friends with Zoe Zimmer (Laurel Marsden) after saving her life the night she got her powers.

Zoe was originally portrayed as a vain, popular high school girl. However, after she became friends with Kamala, she revealed that she was actually gay. Though she has no superpowers of her own, Zimmer has stepped up many times in the comics to help Ms. Marvel defend Jersey City, including the villain Doc.X who tried to blackmail Zoe because of her sexual orientation.

Vellani is set to reprise her role as Ms. Marvel in Captain Marvel 2 (2022), along with WandaVision‘s Teyonah Parris (Monica Rambeau). Perhaps Marsden will also have a small cameo in the film as well.

Tell us in the comments below if you are excited for Ms. Marvel and any of the other upcoming Marvel Disney+ shows.