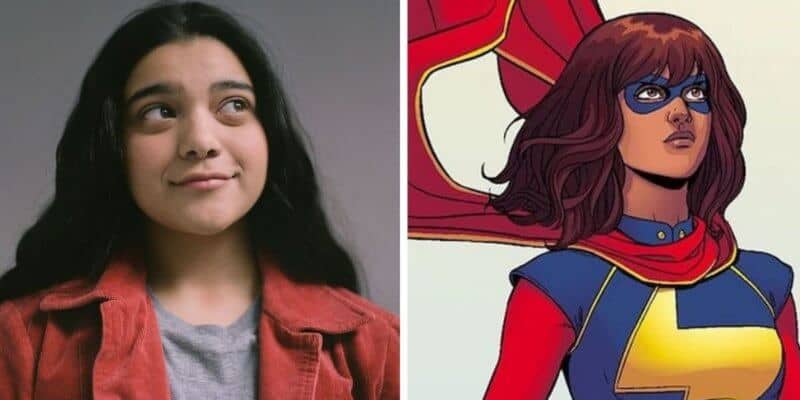 Marvel has finally found their star for the upcoming Disney+ series Ms. Marvel.

After a long hard search, the studio has decided to cast newcomer Iman Vellani to play the Marvel comic book character. Back in December, Inside the Magic reported that Marvel reportedly found their Ms. Marvel, however, they didn’t release any names, until now.

The studio is tapping newcomer Iman Vellani to star in its Disney+ series based on the comic-book character. Marvel and the streamer recently named Adil El Arbi and Bilall Fallah, Sharmeen Obaid-Chinoy and Meera Menon as directors on the project.”

Ms. Marvel hails from writer Bisha K. Ali and centers on Kamala Khan, a Pakistani-American teen based in New Jersey. Ms. Marvel first appeared in 2014 as Marvel’s first Muslim character to star in her own title, and she will become Marvel Studios’ first onscreen Muslim hero. Marvel Studios chief Kevin Feige has said that in addition to appearing on the small screen, Kamala Khan will be included in future Marvel films.

This will be Vellani’s first major Hollywood role and we are excited to see what she has in store! She has already tried to help diversify the industry as back in 2019 at the Toronto Film Festival, she was part of the Next Wave Committee.

Ms. Marvel is an upcoming superhero television series, which will be available on Disney’s streaming service, Disney+. It has been created by Bisha K. Ali and is an adaptation of the Marvel Comics. It will feature Marvel’s very first Muslim character and in the comics, readers follow along as she shows some of her own struggles with her religious Pakistani-American identity. Ms. Marvel must discover her own way in the world, and we expect the show to follow along this same path.

Are you excited to see Ms. Marvel when it hits Disney+? What do you think of the newcomer, Iman Vellani, being cast as the lead? Let us know in the comments.