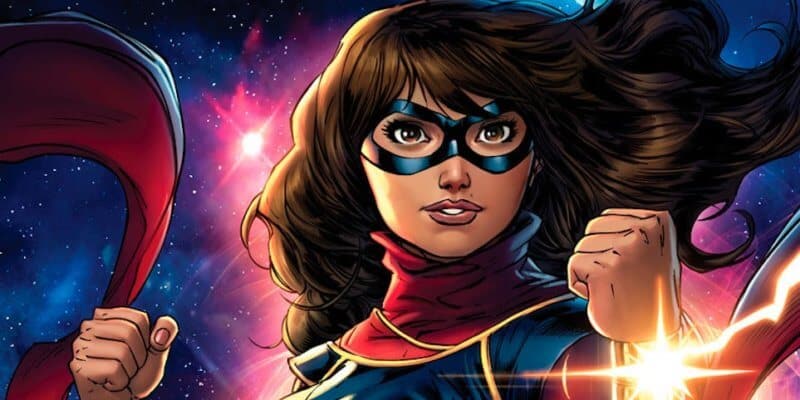 More news of progress emerges from the inner workings of Marvel Studios. This time, it’s regarding the Marvel Studios Disney+ show Ms. Marvel.

Nothing is confirmed. So let’s break down yet another Marvel rumor.

It sounds like Marvel has found their Ms. Marvel. No names yet, but it’s in the final stages of casting and we might learn who it is soon! pic.twitter.com/bbA6QgKTvk

“Wait. There’s a Captain Marvel and a Ms. Marvel?”

Yes. Confusing, I know. But stay with me.

So Ms. Marvel’s real name is Kamala Khan. She’s a Pakistani-American born and raised in Jersey City. She follows Captain Marvel’s career with strong devotion, and wants nothing more than to be like her. After a supernatural event, Khan emerges transformed into a young Carol Danvers wearing the Ms. Marvel suit.

Ms. Marvel has a few powers: She can morph her body in a variety of ways from extending her arms, to growing to the size of a giant. Imagine a combination of Mr. Fantastic–the stretchy guy from Fantastic Four–and Ant-Man in the form of a Pakistani Teenage girl, and you get the gist of Ms. Marvel. She can also heal herself of any injury by reverting back to her original form.

After defeating her first crime boss and his minions, and facing her first temptation to join a crime syndicate, Khan joins The Avengers and Captain Marvel becomes her mentor.

“Okay, how does she fit into the MCU?”

Ignoring all other subjective qualities about this superhero save her youth and insane ability to kick butt, Ms. Marvel will be used structurally to help establish the multiverse. In the comics, she joins The Avengers by jumping from her universe into the “Prime Universe.” Which is, in our case, the MCU.

Kamala Khan is the perfect way to bring Captain Marvel closer as a core character of the MCU. And, Khan spends a lot of time with Spider-Man (and Spider-Man apparently has a crush on her).

Marvel Studios‘ Ms. Marvel is one of a series of Marvel shows currently in the works for Disney+. The others include WandaVision, She-Hulk, and Moon Knight. The release date of Ms. Marvel is still unknown.

Are you excited for Ms. Marvel? How do you think they will incorporate her character into the MCU? Let us know in the comments!

Comments Off on Rumor: Disney Found Its “Ms. Marvel,” But They’re Not Giving Us a Name Yet