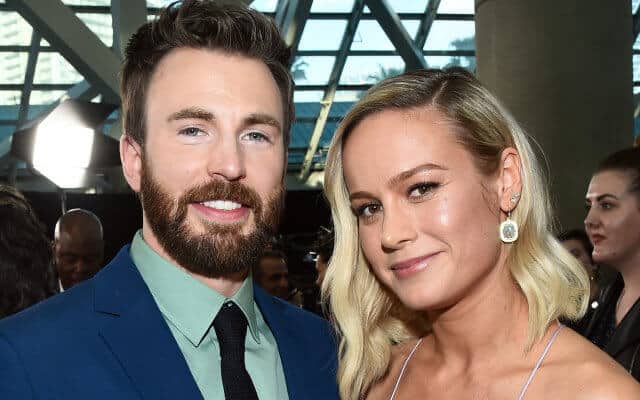 It looks like Captain Marvel and Captain America are going head-to-head in their next challenge…but it’s not what you think. This weekend, Brie Larson took to Twitter to challenge Chris Evans, but before all the Marvel fans start to get heated, keep reading. This challenge has nothing to do with the MCU.

Larson shared a photo of a “3-D Word Hunt,” a puzzle game found in a newspaper that asks you to find as many words as possible within the 18 connected letters. The actress tagged Evans in a photo on Twitter asking, “@ChrisEvans How Many did you find?”

Naturally, even in real life, Captain America doesn’t back down from a challenge. Evans Tweeted back, replying, “Is there a time limit? Cause I’ll stare at this for the next 3 days otherwise. How many did you find? Just so I know what I’m up against.”

Then Larson responded, saying “I only had time to look at it for like 40 minutes today. I got 23 :/”

Take a look at the social media exchange below:

As many have pointed out, Larson and Evans have been friends for years and have expressed their admiration and respect for each other a number of times. The two Marvel Cinematic Universe stars even appeared alongside each other in the 2010 film Scott Pilgrim vs. The World.  So their playful Twitter exchange initiated by Larson is not surprising.

“I cannot say enough about Brie Larson,” Evans said before it was announced that the actress would be taking on the role of Captain Marvel. “I think she’s phenomenal, and I really hope that happens.”

And just take a look at this video of the two at the Avengers: Endgame premiere:

It seems like the two actors have quite the comradery, and we think it’s awesome to see two superheroes have such an awesome bond both on and offscreen.

What do you think of Brie Larson’s challenge to Chris Evans? Let us know in the comments!