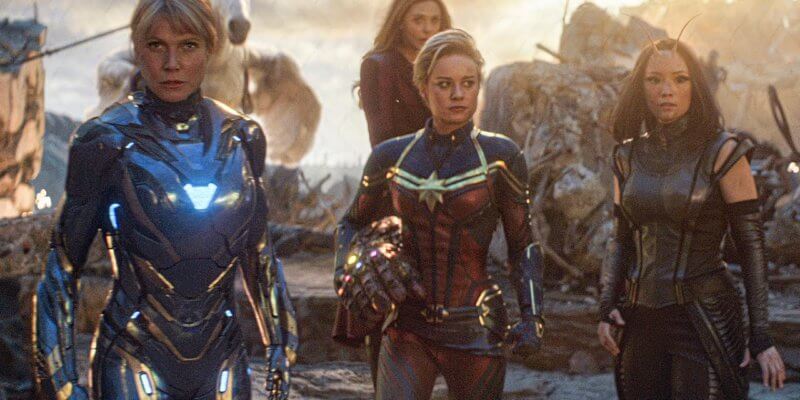 Marvel fans remember the epic all-female scene from “Avengers: Endgame,” which took both the internet and viewers by storm! The galaxy-shattering scene featured Larson’s Captain Marvel, Elizabeth Olsen’s Scarlet Witch, Gwyneth Paltrow’s Pepper Potts, Tessa Thompson’s Valkyrie, and Danai Gurira’s Okoye and showed the true power of women and their ability to save the universe. Now, Brie Larson and the rest of these super ladies want to take this show-stopping  scene and expand it into an entire marvel film and we couldn’t be more excited!

In a recent interview, the actress opened up about the idea saying, “I will say that a lot of the female cast members from Marvel walked up to [Marvel Chief Kevin Feige] and we were like, ‘We are in this together, we want to do this,’” said Larson. “What that means, I have no idea. You know, I’m not in charge of the future of Marvel, but it is something that we’re really passionate about and we love and I feel like if enough people out in the world talk about how much they want it, maybe it’ll happen.”

For the majority of the Marvel Cinematic Universe films that have played over the past ten years, it is true that men have served as most of the major roles we’ve seen–whether these characters have been portrayed as heroes or even villains. If the company went in this direction of having an all-female cast for one of their films, it could drastically re-shape the future and look of the MCU into a much more female-friendly franchise.

Up until now, there has only been one Marvel film in the MCU that was led by a female superhero: Captain Marvel (Carol Danvers). The superhero film, which premiered earlier this year, was a major success for Marvel Studios as it grossed over a billion dollars around the world. If the company saw such incredible success with the Captain Marvel character, imagine what Marvel could see with a movie featuring all of the female comic book heroes in Marvel’s cinematic universe?

The next female lead film to premiere in the Marvel cinematic franchise includes “Black Widow” (played by actress Scarlett Johansson), which is set to hit theaters in 2020.

What are your thoughts on Brie Larson and her cast mate’s idea of having an all-female Marvel film? Let us know in the comments!