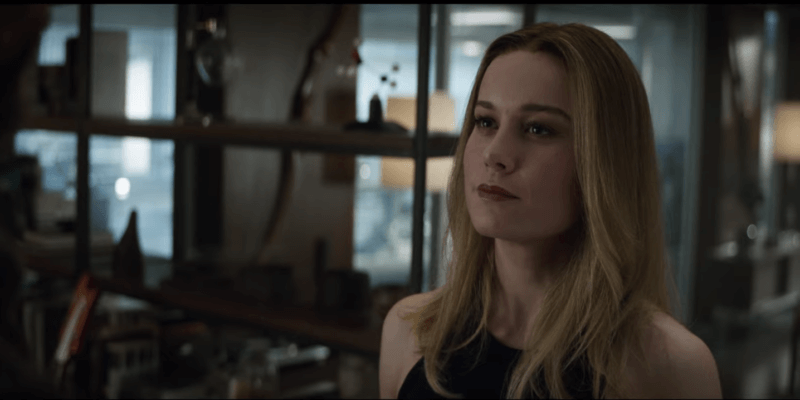 In the recently released “Captain Marvel,” our main superhero was focused on finding the key to her identity and stopping an intergalactic war, and there was no romantic subplot in sight. But the Marvel Cinematic Universe does have quite a few romances between its characters, and fans are wondering if Captain Marvel will be paired up with someone in future films.

When the newest “Avengers: Endgame” trailer was released, the moment between Thor and Captain Marvel sparked discussion about their potential chemistry. However, a piece of fan art by Bev Johnson has fans imagining a romance between Captain Marvel and an entirely different character: Valkyrie, who joined the MCU in “Thor: Ragnarok” in 2017. The fan art is really well done, and Captain Marvel herself, Brie Larson, shared it on Twitter.

Many fans were immediately on board with the idea of a Captain Marvel/Valkyrie romance. While we don’t know anything about the sexual orientation of the MCU version of Captain Marvel, we do know that Valkyrie is bisexual. In addition to Thompson confirming Valkyrie’s orientation, “Thor: Ragnarok” director Taika Waititi has discussed it as well.

She’s bi. And yes, she cares very little about what men think of her. What a joy to play! https://t.co/d0LZKTHCfL

In Marvel Comics, Captain Marvel has several relationships with men, including Dr. Walter Lawson/Mar-Vell, Wolverine, and James Rhodes. In the Marvel Cinematic Universe, we don’t know if and when Captain Marvel will strike up a romance with anyone.

One thing is for sure — we’d love to see Captain Marvel and Valkyrie together on screen, romantic situation or otherwise. Larson and Thompson are friends in real life and their chemistry would no doubt pop on the big screen. Recently, CinemaBlend asked Thompson to weigh in on the Captain Marvel/Valkyrie fan art. She said:

Of course I would love the chance to work with Brie. We were just like, ‘Look! It’s us together!’ I think we’re both new to the MCU, so we both retain the sense of like, ‘Can you believe!?’ We’re just like, ‘What? We got capes? What’s happening?!’ We’re both really geeked out by having dolls and occupying this space. We’re like women’s women, so the idea of getting to do something that little girls are excited about, and people that identify as women feel excited about is cool. So who knows if we’ll get to do something together; it’s rad. But I’m just so happy for her, and for us and what it means culturally right now.

Do you think Captain Marvel should have a love interest in the MCU? Share your thoughts in the comments below!