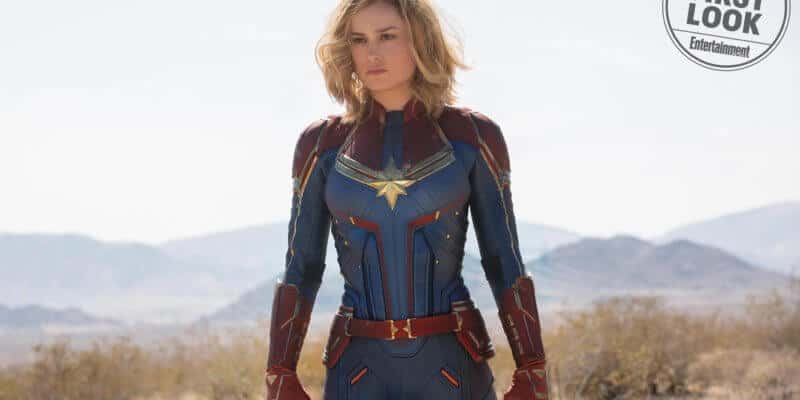 It turns out, all the hate that the character of Captain Marvel has gotten — and subsequently, the hate directed toward the actress portraying her — doesn’t bother Brie Larson one bit. She just doesn’t have time for the haters.

Captain Marvel was a hugely successful film at the box office after it premiered back in March 2019. But that doesn’t mean the film didn’t post some problems for its audience. Some Marvel Studios fans aren’t exactly fans of Captain Marvel as a character or Larson as the actress playing the super hero, and they made their hatred for the film and actress known. Even Rotten Tomatoes had to make an effort to combat the hate Captain Marvel was getting long before the film had even premiered.

But as it turns out, the hate hasn’t affected Larson at all. And in a recent interview with Variety, the actress shared that she wasn’t even aware of the backlash both the film and the character had gotten.

The Variety interviewer brought up the Marvel fans who were campaigning against Captain Marvel, to which Larson replied, “They did? Oh. I didn’t even know.”

“I don’t have time for it, you know?” Larson added, referring to the haters. “The things that I have extra time to really look at are, like: Am I eating healthy food? Am I drinking water? Am I meditating? Have I called my mom today?”

The actress also shared that she hardly even keeps up with what the world is saying about her, saying that the time she spends in her daily life isn’t dedicated to Googling herself. Instead, she trusts the people closest to her to call her out when she needs something to work on, instead of relying on what critics say on the internet.

“I have genuinely never needed to look at the internet to explain to me who I am,” Larson said. “I’m extremely committed to that in my day-to-day life!”

She continued in the interview, “When you have a mission and things that you want to do — and my time and my energy is so limited — it just becomes so clear as to what I want to spend it on. And that’s just not what’s of interest to me.”

There you have it, folks. No matter what the haters think, Larson will be back for the Captain Marvel sequel in the near future. And it seems like we all could take a note from Larson’s book.