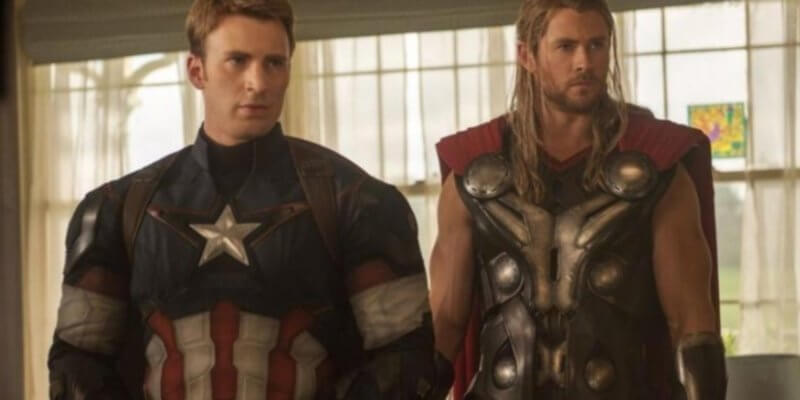 After coming off of one of the biggest film franchises in the history of the world, it seems Chris Evans wants his good friend Chris Hemsworth to star in buddy comedy with him “sometime in the future” and we think it would be epic!

Now that Chris Evans has decided to move on from the dramatic and action-packed Marvel Cinematic Universe, it seems something more lighthearted might be in his future. At least, that’s what he spoke about in a recent interview with Variety.

During the interview, Evans stated that he would like to break the mold of his Marvel character and he’d like Hemsworth to join him. To do this, Evans stated that a buddy comedy starring the two of them would be their best option. “I would love to do one of those ’80s buddy comedies, where we could shed the characters we are known for,” said Evans.

A buddy comedy would be a big change for Evans as he’s been a part of the MCU for quite some time now. However, it seems this project might be more for fun than anything else as during the interview, Evans recalled being separated from Hemsworth during their “Avengers” press tours due to all their goofiness together. “We had too much fun together, and truly like kids in school, we were separated because we couldn’t get [explicit] done”

For those who don’t know, Evans and Hemsworth have been really tight friends for quite some time. Their friendship first began back in 2012 with the first “Avengers” film.

No buddy comedy projects have been confirmed for the two Marvel characters. Although, from Hemsworth’s recent stints in “Ghostbusters” and the upcoming “Men in Black” reboot, this type of film wouldn’t be too off the cuff for the actor who’s most known for his Asgardian heritage.

What are your thoughts on Chris Hemsworth and Chris Evans starring in their very own buddy comedy film? Let us know in the comments below!