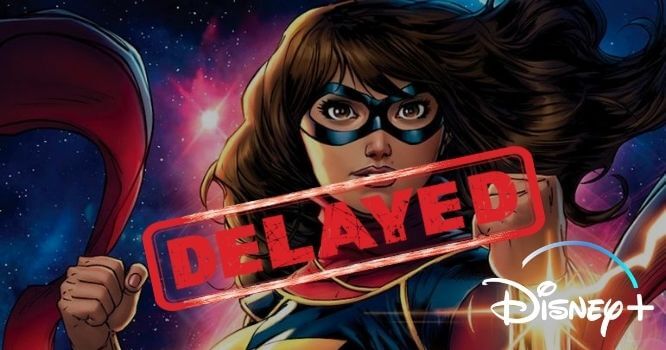 We recently reported that Disney’s streaming service, Disney+, moved the highly-anticipated show, The Falcon and the Winter Soldier, from its original August release date. This is due to an earthquake back in January delaying production as well as the current global pandemic, which delayed production even further.

We also recently reported that the production on Disney+’s upcoming Marvel television series, WandaVision, is also being delayed due to the current global pandemic.

And now, it looks as though Marvel is adding yet another show to this list of delays as the filming for Ms. Marvel has just been pushed back.

According to Murphy’s Multiverse, the upcoming Disney+ Marvel series, Ms. Marvel, is now set to start filming in November of this year, as opposed to August. This three month delay will now have filming continuing to take place until March 2021. It will be filmed on location in Atlanta.

Though we aren’t sure on when other Marvel shows, such as Loki, will begin filming, we can expect them to resume soon if Ms. Marvel is beginning in November.

Ms. Marvel is an upcoming superhero television series, which will be available on Disney’s streaming service, Disney+. It has been created by Bisha K. Ali and is an adaptation of the Marvel Comics. It will feature Marvel’s very first Muslim character and in the comics, readers follow along as she shows some of her own struggles with her religious Pakistani-American identity. Ms. Marvel must discover her own way in the world, and we expect the show to follow along this same path.

Other upcoming Marvel series expected to hit Disney+ include The Falcon and the Winter Soldier, starring Anthony Mackie and Sebastian Stan, and Loki, starring Tom Hiddleston.

Are you excited to see Ms. Marvel when it hits Disney+? Let us know in the comments.

Comments Off on Another Marvel Series on Disney+ Delays Production