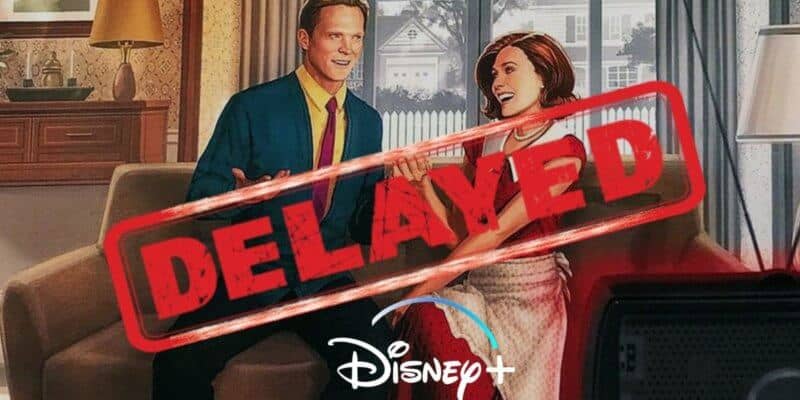 We recently reported that Disney’s streaming service, Disney+, moved the highly-anticipated show, The Falcon and the Winter Soldier, from its original August release date. This is due to an earthquake back in January delaying production as well as the current global pandemic, which delayed production even further.

And now, it looks as though another Marvel tv show may be getting delayed as well.

According to The Hollywood Reporter, the production on Disney+’s upcoming Marvel television series, WandaVision, is also being delayed due to the current global pandemic. Originally slated to be released to Disney+’s streaming service in December 2020, it looks as though now WandaVision won’t be hitting the streaming service until 2021.

The upcoming Marvel Disney+ series will two of the MCU heroes from the Avengers movies. Wanda and Vision will be the center of attention as they go on to live their ideal suburban lives. However, as everyone knows, not everything can be as simple as a classic television sitcom! Wanda Maximoff (played by Elizabeth Olson) and Vision (played by Paul Bettany) start to suspect that everything going on and where they are living isn’t exactly as it seems. That’s where the series picks up.

WandaVision will be directed by Matt Shakman, and Jac Schaeffer will serve as head writer. If you haven’t yet seen it and want to watch the original trailer, which aired during the Super Bowl TV spot, check it out below!

Other upcoming Marvel series expected to hit Disney+ include The Falcon and the Winter Soldier, starring Anthony Mackie and Sebastian Stan, and Loki, starring Tom Hiddleston.

Are you excited for the upcoming Disney+ Marvel series, WandaVision? Are you upset about the possible delay to the release date? Let us know in the comments below.