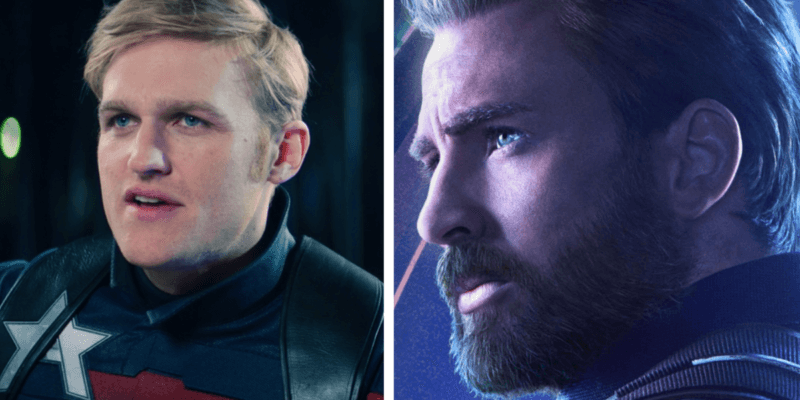 The new Captain America, John Walker (Wyatt Russell), might be taking up one of the biggest mantles across the Marvel universe, but the actor had never watched a Marvel movie before joining the cast of the studio’s latest television outing, The Falcon and the Winter Soldier.

Russell had a suitable reason for not following along with the MCU films or the Captain America comic books before becoming the new Avenger. Speaking to Entertainment Weekly he noted how he wanted to put his own take on the role that Chris Evans (Steve Rogers) made famous. He said:

As a newcomer to the already over a decade long franchise, it seems like a good idea for Russell to not look too closely to what Evans had already established as the star-spangled hero. Funnily enough, in another recent interview with Good Morning America (GMA), Russell discussed his past connections with the Kevin Feige-helmed studio.

Speaking with the crew of GMA, Russell elaborated on the little known fact that he initially auditioned for the original Captain America film way back in Phase 1 over ten years ago.

“I think it’s a fun story. I think that honestly the first audition really was more…something to read to see if I was any good at acting or not. I don’t think I was ever actually in competition for the role.”

During the interview, the GMA crew also ask an important question pertaining to whether Walker’s Captain America is a hero or villain — “a good guy or a bad guy?”

“Well, you’re going to have to find out. There’s two men in black suits here with red dots trained on my forehead.”

It’s not the first time that a Marvel actor has joked about keeping secrets. And, it’s not surprising when Marvel Studios constantly keeps its casting, storylines and cameos severely under wraps. It is, perhaps, one of the most secretive film enterprises of them all.

Fans won’t know until Marvel wants them to know.

It’s what makes the Marvel Cinematic Universe one of the most exciting franchises of current times. With an almost unlimited collection of comic book source material and the confidence to feature lesser-known characters and tell unfamiliar stories, as well as blockbuster ones, there’s always a surprise in store for the audience. What started with Iron Man (2008), which saw Tony Stark (Robert Downey Jr.) kick off the MCU is now an intricate and impenetrable entertainment empire.

We know that at some point, Anthony Mackie’s Sam Wilson (Falcon) will take on the iconic Captain America alias, posing the question: What happens to John Walker when that occurs?

Could we get a Wilson vs. Walker Cap 2.0 battle? Or even a fight with Winter Soldier, Bucky Barnes (Sebastian Stan) might be on the cards.

With only four more installments in the six-episode Disney+ miniseries, fans won’t have a long time to wait to see what happens.

What do you think of the new Captain America? Friend or foe? Let us know!