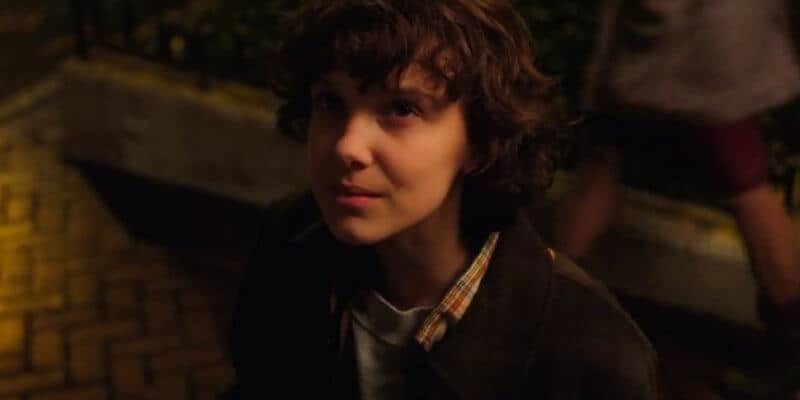 We are all aware, or at least, we should all acknowledge that it’s a Marvel world and we are all just living in it. With a record-breaking blockbuster franchise under its belt — that shows no sign of slowing down — to its recently launched television empire, Marvel Studios is out for superhero world domination.

The Marvel Cinematic Universe has struck gold since its inception in 2008 with the Robert Downey Jr. (Tony Stark/Iron Man) led feature film. The string of MCU movies ever since have been hits with fans and critics, making each outing the latest hot gossip.

One thing is for certain — Marvel casts well. And, not only does Marvel cast well, but the actors and actresses who don the capes and boots are often well-known, with many famous stars taking the reins of our beloved comic-book heroes…and villains (Josh Brolin as Thanos — Inspired).

Now, Stranger Things star, Millie Bobby Brown has reignited the excitement over whether she will join the MCU one day.

What Did Millie Bobby Brown Say?

It feels like Millie Bobby Brown has been here forever. From her tenure on the Netflix supernatural thriller, Stranger Things, to her recent role in Godzilla: King of Monsters (and even a cameo in ABC’s flagship show, Grey’s Anatomy), the actress has been on our screens a lot. She was once even hailed as a lookalike to young Princess Leia.

When asked if she ever had “a conversation about joining [a] superhero world” in a recent ComicBook interview, Brown said:

“I join many conversations. I would only do something that feels right to me, so when that comes along then, then we’ll talk about it.”

“I swear once a week you’re cast in a different Marvel or DC movie.”

Davis is probably alluding to Brown’s heavily theorized casting for Eternals, the upcoming movie from Chloé Zhao, produced by studio president, Kevin Feige and starring Angelina Jolie and Salma Hayek. Those rumors eventually proved to be false, but if Brown did join the MCU, who could she play?

What have fans said previously?

“If Feige casts her in anything, I want it to be something fun. Her as Enola Holmes just made me see her range more. I don’t want her in something downcast”

A reply to this said:

“Kate Pryde is lots of fun. Especially current version. But realistically the MCU xmen done right would be almost a decade before”

Marvel has a way of introducing new characters in fascinating ways. whether it’s an infamous post-credit reveal such as in Spider-Man: Far From Home or in a trailer like the one for Captain America: Civil War back in 2016. With the X-Men entering the MCU a seemingly long way off, how else could Pryde enter the Hollywood franchise?

At the 2019 San Diego Comic-Con, Kevin Feige announced that Blade was in production with Mahershala Ali attached to play the titular character. It was an exciting move on for Marvel, coming eight years after the character rights reverted back to them in 2011.

Blade has had his run ins with the X-Men before. In a comic book arc called Curse of the Mutants, a vampire infects the public in San Francisco’s Union Square including Charles Xavier student, Jubilee. It’s a wild set of events sure, but Blade’s interaction with the gifted mutants could be a way to introduce the world of the X-Men into the MCU.

Marvel recently reshuffled their entire schedule following yet another delay for Black Widow, and an untitled film was added, slated for an October 7, 2022 release. Inside The Magic theorized this could be Blade.

And, for all we know, this could be how Brown is welcomed to the MCU. Stranger things have happened (Pun absolutely intended).

Who else could she play?

Brown has certainly showcased her range over the short time she has been on our screens. Most know her as Eleven, the telekinetic child from Stranger Things, but after a sunny performance in Netflix’s Enola Holmes, she really could take on anything.

With this in mind, it would be great to see Brown take on a lesser-known role, one that fans may not have seen before on screen in any iteration. Take Squirrel Girl, for instance. Real name Doreen Greene, this superhero has the ability to communicate with, you guessed it, squirrels, and was introduced in the 1990’s as a light-hearted alternative to the generally high-drama comic books of the time.

Where Squirrel Girl could fit into the MCU narrative is with her connection to both Luke Cage and Marvel’s wildcard, Deadpool (Ryan Reynolds). Alongside the X-Men, Deadpool has found its way back in Marvel’s clutches with an untitled Deadpool 3 project coming at some point — in Phase 5, possibly. Deadpool is known for subverting audience expectations of what a comic book movie should look like, so it could be the perfect entrance for a superhero who talks to squirrels to make her debut. I can only imagine the dialogue between her and Deadpool.

Another fun casting could be Brown as the human, but Titan raised warrior Moondragon. During her time on Titan, Moondragon – whose real name is Heather Douglas – trained in various scientific disciplines and tapped into her psionic powers. Brown has already done the psionic hero with Eleven, but this character, with her connections both to Thanos and his home-world, might provide the link to the Guardians finding Gamora.

Brown’s potential MCU debut is wide open. What is probable though is that due to her star power and score of Stranger Things fans, if she does join Marvel, it will be blockbuster big.

Who would you like to see Millie Bobby Brown play in the MCU? Let us know in the comments!