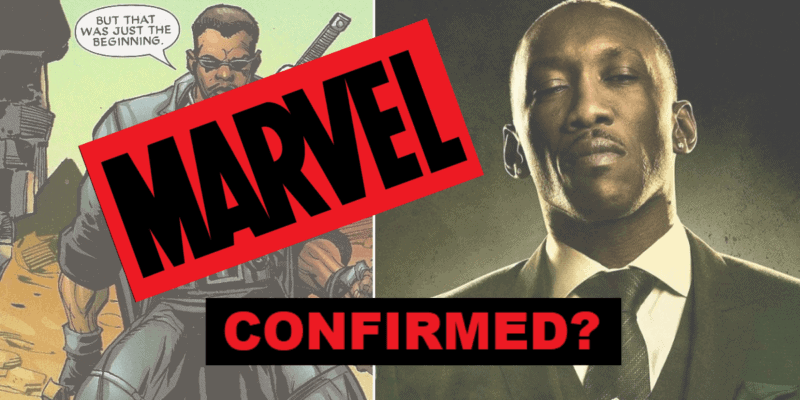 This week Marvel fans were saddened but not surprised to learn that Black Widow was getting delayed again, now releasing July 9th. The reshuffling of their Phase 4 schedule was expected due to the ongoing pandemic but hidden in the news that Shang-Chi was getting pushed to September was a secret untitled Marvel film to come out October 7th, 2022.

The current schedule after the announcement is:

Followed by four more untitled movies in 2023. Fans know that they can expect a Fantastic Four film, Deadpool 3, Guardians of the Galaxy Vol 3, and an X-men film rumored to be called The Mutants as well as the long-awaited Blade reboot all in Phase 4.

It was first announced back at 2019’s San Diego Comic-Con but Marvel head honcho Kevin Feige has remained silent on the film’s progress ever since. At SDCC, Marvel Studios did announce that Mahershala Ali will star as the vampire hunter in Marvel’s Blade. Ali has already played a Marvel character, Cornell Stokes, in Netflix’s Luke Cage. Though whether Luke Cage is a canon part of the MCU is up for debate.

Related: What Happens When The Force Collides With Vampires? Mark Hamill Knows

The role previously held by Wesley Snipes who currently has no involvement with the film, although he said he was open to a cameo in a recent interview with ET:

“You never know. Under the right circumstances, I’m open to play with everybody. I know that people associate me with that role.”

It is expected to begin filming sometime later this year but still does not have a confirmed director or any other cast members. Stacy Osei-Kuffour, who worked on HBO’s Watchman, will write the script and Marvel did let fans know not to expect an R-rating.

Why It Is Blade

Marvel’s Blade seemed to have been stuck in development, it’s been three years since the initial announcement, and fans are getting antsy waiting on details. The rest of the four expected films were announced after Blade, so it makes sense that it would get released first.

It’s been 17 years since Blade: Trinity (2004) brought Eric Brooks to the big screen. The half-human/half-vampire, “Daywalker” has been hunting undead bloodsuckers and killing monsters in Marvel Comics since his first appearance in 1973’s Tomb of Dracula. Dracula is one of his greatest foes and will hopefully appear in the new Marvel film.

Related: Marvel Phase 4: Here Is What We Know So Far

Last week we covered a massive amount of Marvel leaks that were dumped online. Hidden in that list was rumored that Blade would finally make it to theaters on exactly October 7th, 2022. This lends credence to the other rumors from that insane list such as that Kilmonger will reportedly somehow become the new Black Panther.

October is the perfect time to release a movie like Blade, which will be about the Daywalker hunting vampires and other spooky monsters in the Marvel Cinematic Universe that the Avengers never deal with. Is Halloween not the perfect time to see Oscar-winner Mahershala Ali take on one of his notorious villains like Dracula? Though we can probably rule out Morbius since Sony is currently developing a film starring Jerod Leto as the Living Vampire also expected in 2022.

What do you think of Blade coming to the MCU? Let us know in the comments

Comments Off on Disney’s Surprise Marvel Film Could Be ‘Blade’