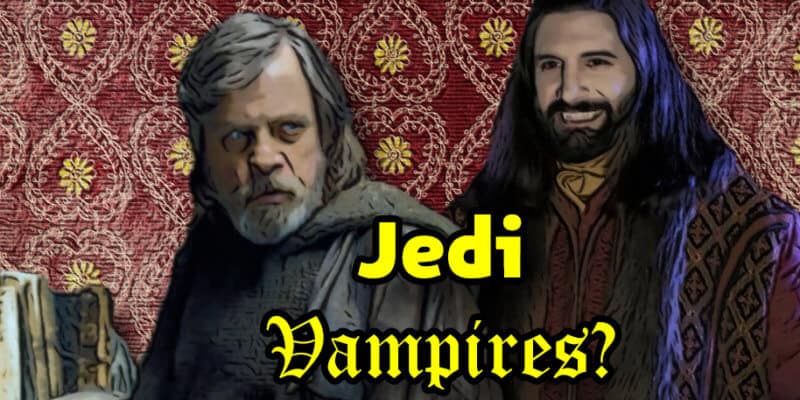 Star Wars Day was the perfect date for Entertainment Weekly (EW) from revelation of a juicy detail fans can really sink their teeth into.  It seems that, on a popular FX show, the Force collides with vampires.

Mark Hamill pulled back the coffin lid for EW today. The infamous Jedi Master will be trading his light saber for a set of fangs on the FX mocumentary, What We Do in the Shadows. 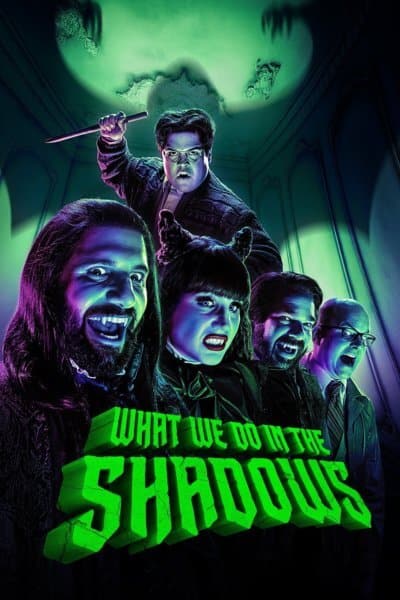 The Force Collides with Vampires

If that dark caped, purple robed vampire with long white hair looks familiar, he is.  Luke Skywalker’s alter ego transforms into an ancient vampire for the hilarious late-night cable TV series. It turns out Hamill is a huge fan of the movie (also called What We Do in the Shadows) that inspired the FX series.

When I heard they were making a TV series, I thought I needed to lower my expectations. Neither Taika nor Jemaine was going to be acting in it, but I heard they were behind it so I remained hopeful. We saw the pilot and, not only was it on par with the film, but it added elements that I had never heard before like the addition of the energy vampire. The whole cast is one of the best ensembles in television history. I would’ve been happy just visiting the set, they certainly didn’t need me to come in and mess it up somehow. But I thought I would check out the script and see what they had in mind. I expected the role to be like the next door neighbor or someone who works at the Department of Motor Vehicles. When I read I was going to play a vampire, I just about shot out of my chair. What a great honor! – Mark Hamill (as told to EW)

Though no Jedi mind tricks were used in his first scene, under his black hood, he does appear to have joined forces with the Dark Side.  Hamill insists the resemblance wasn’t intentional. 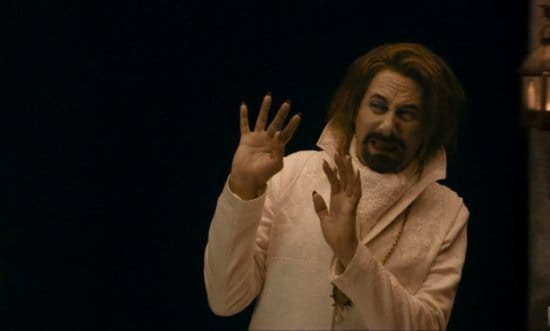 Mark Hamill is not the first big name celebrity to appear on the show.  Last season, Paul Reubens, Danny Trejo, Wesley Snipes and others enjoyed  fang-filled appearances. What We Do in the Shadows is in its second season on FX.

What We Do in the Shadows, which contains mature themes not intended for younger audiences, airs on Wednesday nights at 10pm EST.  Hamill’s appearance airs on May 13th, in the episode titled On the Run.

Comments Off on What Happens When The Force Collides With Vampires? Mark Hamill Knows