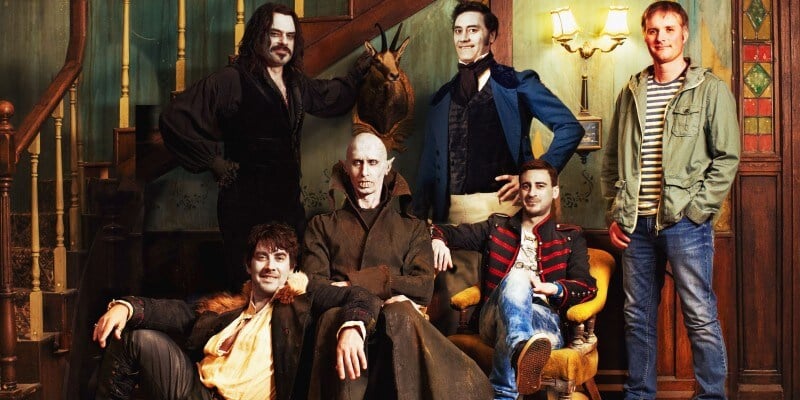 What We Do in the Shadows was one of those sleeper hits that came out of nowhere and generated an insane cult following. It got so much recognition, in fact, that director Taika Waititi was raked in to direct Marvel’s Thor: Ragnarok, currently filming. Now, it looks like the hilarious film will be spinning off to the small screen in a big way.

For those who don’t know, the movie is a docu-drama centered around a small group of vampires (of all kinds) living in a house. Their struggles with social woes and following with their own vampiric culture flesh out the story, and the ending is not to be missed. Now, a TV spin-off of New Zealand vampire film What We Do In The Shadows is on its way — New Zealand On Air (NZOA) announced funding for the project.

A spin-off? What could come of that? Website RNZ has the details:

Paranormal Event Response Unit – conceived by Flight of the Conchords star Jemaine Clement and director Taika Waititi, is a six-episode spin-off from the highly acclaimed feature film, What We Do In The Shadows, which the pair wrote, directed and starred in. The movie featured a sly look at a flat full of vampires in modern-day Wellington.

More craziness from the What We Do in the Shadows world? Sign me up! It has been reported that Paranormal Event Response Unit has received $1.4 million from NZOA, and chief executive Jane Wrightson said comedy was a serious business and “notoriously hard to get right”:

“We are delighted that Jemaine Clement and Taika Waititi are bringing their talents to smaller screens in Paranormal Event Response Unit.” she said.

No specific release date has been revealed for the series, but I’m sure more information will rise to the surface within the coming months. In the meantime, stick with Inside the Magic for all things fun and awesome!