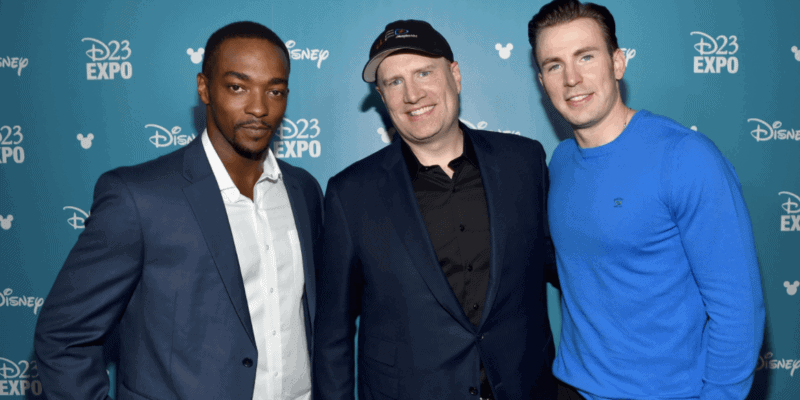 Marvel Studios President Kevin Feige and his creative team have created smash hit after smash hit in the Marvel Cinematic Universe. Starting with Robert Downey Jr.’s Iron Man (2008), the MCU changed the face of superhero movies — and crafted an entire fandom obsessed with what’s coming next for their favorite Marvel characters.

The series was unique, to say the least, with each episode set in a different decade as Avengers franchise characters Wanda Maximoff/Scarlet Witch (Elizabeth Olsen) and Vision (Paul Bettany) lived out idealized suburban lives in a world — as it turned out — Wanda had created.

Her grief following Vision’s death in Avengers: Endgame (2019) led her to unknowingly use chaos magic to craft “the Hex,” trapping the residents of Westview, New Jersey.

Although the series was, at times, confusing, it was the perfect setup for Marvel Phase 4. In fact, we already know Wanda will reappear in Doctor Strange in the Multiverse of Madness (2022) and that other aspects of the WandaVision plot — we’ll see you again in Captain Marvel 2, Monica Rambeau (Teyonah Parris) — will be crucial moving forward.

During a recent press conference for Marvel’s high-octane upcoming series, The Falcon and the Winter Soldier, Feige was questioned about how one of Marvel’s strong suits is giving fans what they need, not necessarily what they think they want — enter, WandaVision.

“Well, I mean, it’s sort of what Malcolm [The Falcon and the Winter Soldier head writer, Malcolm Spellman] said, it’s-it’s taking advantage of the different uh, story-telling uh, medium that we have with Disney Plus, and what-what excites us in the room. What makes us uh, uh, interested, excited, what ha-what could happen at the end of an episode that would keep us interested?…Because, you know, we’re all fans within Marvel Studios. So, it really is kind of, you know, the same balance that we’ve been uh, that we’ve been…trying to strike for-for the last ten plus years.”

“And figuring out, yes, how to exceed expectations, but also how to subvert expectations. We don’t-I’ve never thought of it in terms of what people want versus what they need. It’s just, how do you provide the best, most engaged level of uh, of story-telling to the audience? And sometimes that is subverting what they expect. Um, there are times where something comes up totally out of left field that even we weren’t anticipating. Like, for instance, a uh, aeronautical uh, aerospace engineer, that is asked about.

Uh, that turns into a whole thing. Uh, that-that was-that was new, to us. But other than that, it’s-we’re usually quite in sync with-with what people are expecting, and either delivering on that, or surprising and subverting that.”

Even though fans’ engineer theories turned out not to be true, rest assured there are plenty of twists and turns ahead to theorize about in The Falcon and the Winter Soldier.

As for whether or not The Falcon and the Winter Soldier is what fans want, that answer should be an easy “yes” — from the first second of the first episode, the new Marvel series is action-packed and feels more like a Marvel movie than a television series.

Remember, you can catch up on everything MCU — including Avengers: Age of Ultron, Captain America: Civil War, Black Panther featuring the late Chadwick Boseman Avengers: Infinity War, and the new series Marvel Legends — on Disney+ before The Falcon and the Winter Soldier premieres. The official description of the Marvel Phase 4 series reads:

What do you think? Are you glad Marvel’s Kevin Feige sometimes “subverts expectations” to give fans what he knows they need in the Marvel universe?