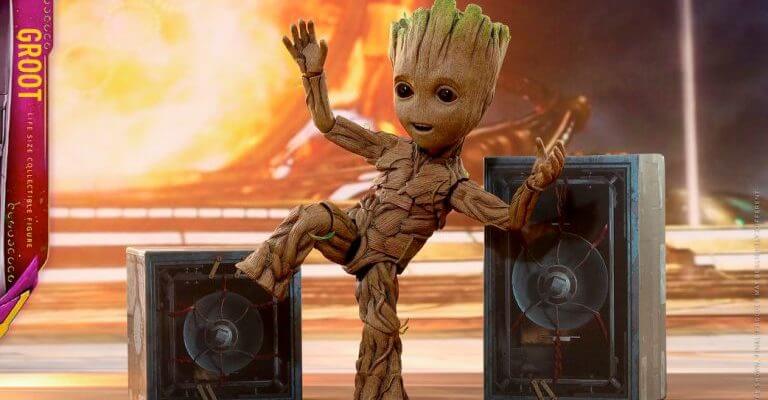 Many Guardians of the Galaxy fans may have their opinion on which character from the Marvel franchise is the best, and Groot is definitely a contender for the top pick. Although Groot is just a tree who seemingly only says “I am Groot”, we have seen him in adult form, baby form (a personal favorite), and teenage form — all of which are always captivating, cute, and hilarious.

For those who do not know, Vin Diesel is the voice of the beloved MCU character, and it seems that each line that is recorded for Groot has a very specific meaning. If you have seen any of the Guardians of the Galaxy movies, or, one of the recent Avengers films (Avengers: Infinity War, Avengers: Endgame), you would know that when Groot talks, those around him respond to the character as if he spoke plain English, and was not just repeating “I am Groot”. From this, we instantly know that all of his words hold specific meanings that differ each time he uses them, but the question remained — what is Groot saying?

Please be advised, some of the language Groot uses is for a mature audience.

Created by Jame Gunn, Diesel’s lines always are very specific to the character. Recently, a video began circulating were Marvel fans translated Groot’s lines, and Gunn took a look to confirm or deny what was being said. Gunn (@JamesGunn) Tweeted:

This video is going around with the “actual” translations of Groot lines from the script (which, yes, I always have). The last one “Dad” is correct (because I’ve shared this before). The others are close, good guesses, but not exact. Still good work!

This video is going around with the “actual” translations of Groot lines from the script (which, yes, I always have). The last one “Dad” is correct (because I’ve shared this before). The others are close, good guesses, but not exact. Still good work! pic.twitter.com/CX532X4vPk

As Gunn noted, he did already reveal that the final line adult Groot said was “Dad” (we’re not crying… you are) but it seems that the other attempts to translate Groot are not too far off. So, although incorrect, MCU fans can get a rough idea of what is being discussed by Groot from the video.

Related: Groot Takes a Ride on NEW ‘Guardians of the Galaxy’ Coaster!

Gunn continued to discuss what Groot is actually saying, and it seems that two of the three versions of Groot speak with very vulgar language:

As we patiently await to see Groot again in Guardians of the Galaxy Vol. 3, we will just have to keep rewatching past films to try and understand the language better!

Have you ever tried to decode Groot? What have you come up with?