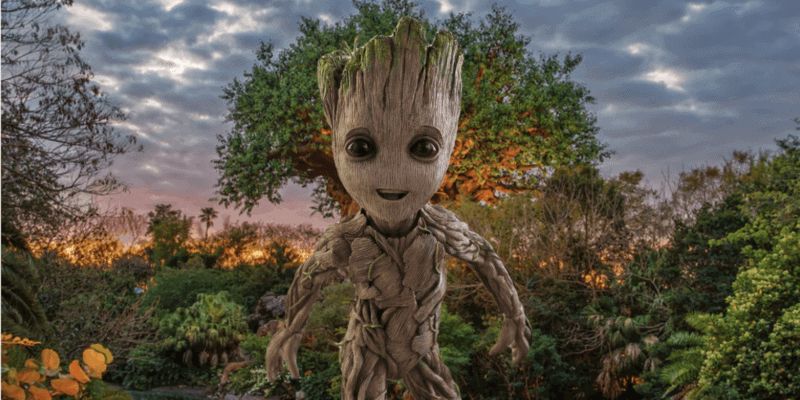 Disney’s Animal Kingdom first opened to Walt Disney World Resort Guests on April 22, 1998. There was no better way for Disney Parks fans to celebrate Earth Day than by visiting this brand new theme park that has continually celebrated the wonders of the natural world.

From the iconic Tree of Life that serves as the theme park’s centerpiece to the ever-expanding menagerie of animals that live at Disney’s Harambe Wildlife Reserve, Disney’s Animal Kingdom is every nature lover’s dream.

In 2017, Disney Imagineers expanded the Disney World theme park to include stunning scenery from a fantastical world. Pandora – The World of Avatar opened on May 27, giving Guests a glimpse at the dreamlike homeland of the Na’Vi race.

The area is home to two popular attractions, Na’Vi River Journey and Avatar Flight of Passage. It also features the stunning Valley of Mo’Ara, which Disney describes as a space where Guests can “hike amid floating mountains, glowing fauna & flora, a native drum circle, and more.”

Now, an astute fan has noticed that the Valley of Mo’Ara is hiding more than just hidden Mickeys! The DCL Dude posted on Twitter:

My mom just pointed out that this looks like Groot pushing a boulder and now I can’t unsee it.

My mom just pointed out that this looks like Groot pushing a boulder and now I can’t unsee it pic.twitter.com/7VueXtMMBM

Related: Groot Takes a Ride on NEW ‘Guardians of the Galaxy’ Coaster!

Considering that construction began on Pandora – The World of Avatar in 2014 and the first Guardians of the Galaxy movie released the same year, it’s absolutely possible that Walt Disney Imagineering decided to include this ode to Marvel Studios on purpose.

The resemblance between Groot, who is voiced by Vin Diesel, and this rock formation is almost too uncanny to be a coincidence, particularly given the timing.

If you’re anything like us, now that you’ve seen the Groot tree at Disney’s Animal Kingdom, there’s no way you can unsee it! Next time you enter Pandora, make sure you’re on the lookout.

Groot’s next confirmed appearance is in Guardians of the Galaxy Vol. 3 (2023). Per IMDb, Vin Diesel will once again serve as the popular Marvel character’s voice actor.

It is, however, possible that fans of the franchise will see Groot again in the Marvel Cinematic Universe sooner. It has been confirmed that several Guardians of the Galaxy characters will appear in the upcoming Thor: Love and Thunder (2022) movie, which is currently shooting in Australia.

Karen Gillan (Nebula), Taika Waititi (Korg, voice), and Chris Pratt (Star-Lord/Peter Quill) are all on the official cast list. Vin Diesel’s name is not listed at this time.

During the 2020 Disney Investor Day event, a Guardians of the Galaxy Holiday Special was announced for 2023. James Gunn will return to direct and, presumably, the full cast of characters will be featured.

Though we do not yet know exactly how the Marvel characters will appear, it will likely be as some form of hologram during the ride.

Disney Parks fans recently clamored over the interactive Groot toy that was available at both Walt Disney World Resort and Disneyland Resort’s Downtown Disney District. As the Guardians roller coaster gets closer to its opening date, more themed merchandise is likely to be released.

What’s going on with the Avatar franchise?

James Cameron’s Avatar franchise will be expanding significantly over the course of the next few years. Although all four Avatar sequels were delayed, filming for Avatar 2 — rumored to be subtitled The Way of Water — is complete. The movie is currently slated for a December 2022 theatrical release.

As the next film’s release date draws closer, there is little doubt that Disney will add new Avatar merchandise to not only Pandora – The World of Avatar, but Disney’s Animal Kingdom as a whole.

What do you think about Groot’s Animal Kingdom cameo appearance?