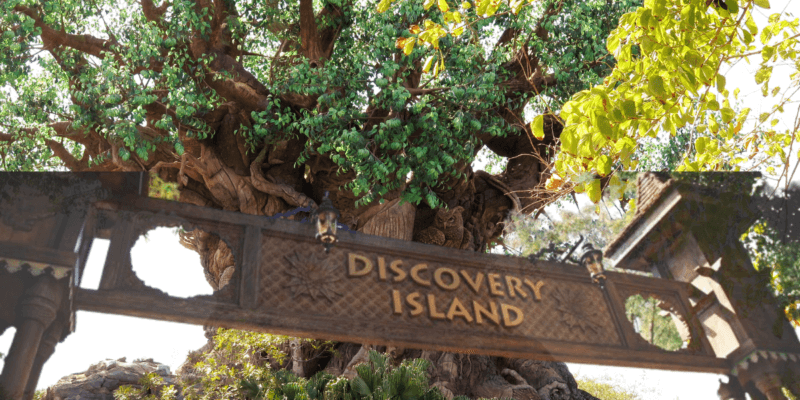 Disney’s Animal Kingdom roared into Walt Disney World Resort in April 1998. This was a time fresh with hype from The Lion King and Pocahontas, much like the The Mandalorian and Frozen crazes of this decade. The ’90s were a magical time, where Animal Kingdom could showcase all-the-rage extreme sports alongside animal exhibits — “Tarzan Rocks” was an actual extreme sports stage show. Look it up. Seriously. As time went on and Animal Kingdom evolved, much of the ‘90s aesthetic became extinct. However, one dominant section of the theme park retains the essence of retro Animal Kingdom — Discovery Island. Disney’s Animal Kingdom is a product of the 1990s that has undergone countless refurbishments to continue its success in our modern Disney World experience. While the theme park’s ’90s roots are buried deep, they are still celebrated at Discovery Island.

The Heart of Animal Kingdom

When entering a Disney Park, most parks showcase their park icon with visibility from their entry gate — think Cinderella Castle at the end of Magic Kingdom’s Main Street, U.S.A. Animal Kingdom differs from Magic Kingdom, EPCOT, and Disney’s Hollywood Studios when it comes to its icon. When Guests enter Animal Kingdom, they journey through a jungle filled with animals who greet their new friends. As a Guest crests the hill at the end of the jungle, they discover the heart of Animal Kingdom, the Discovery Island area. Discovery Island’s soul is the Tree of Life, which is the park icon of Animal Kingdom. The Tree of Life weaves 325 animals into its surface. Animals leap to life during Tree of Life awakenings. This awe-inspiring tree draws guests into Disney’s Animal Kingdom, immersing them in the magic of nature. The Tree of Life is the first step on your journey to dancing in Harambe Village, running from the Yeti on Expedition Everest, or life among the Na’vi in Pandora.

Before journeying into your next exploration destinations, spend some more time on Discovery Island. Housed beneath the massive Tree of Life, experience the opening day classic called It’s Tough to Be a Bug! Another aspect of classic ’90s Animal Kingdom, this show based on A Bug’s Life will frighten and awe you with its cool bug tricks and near-misses. It was the best 3D the 90s had to offer – and it still holds up!

It’s Tough to Be a Bug! makes you an honorary bug and really crawls about the memories of any child who has visited its theatre. Though the show has traumatized many a too-young child viewer (including yours truly), the show has a certain charm about it. It is a must-watch on every visit to Discovery Island, capturing the spirit of Animal Kingdom. After all, we have the gift of communing with the earth and nature in a deep way within the park. This is a gift that scampers into your heart… or into your nose when Claire the stink bug bombs her act.

I think that ’90s vibe of Discovery Island presents itself most prominently in its merchandise shops. Through name changes and redesigns, the shops have maintained their colorful, retro atmosphere. The style and color scheme calls to mind the color palette of the “I Just Can’t Wait to be King” scene of The Lion King. Certainly, Disney painted with all the “Colors of the Wind” when designing these stores. Island Mercantile, Discovery Trading Company, and Riverside Depot line the path leading to the Tree of Life. These stores are themed around migrating animals and creatures known for their hard work, like beavers and ants. Pay attention next time you enter the doors of these shops for the colorful animals trekking across the walls and displays. The cast member costumes even get in on the fun! They are colorful and decked out with an animal print.

Though Tiffins and the Nomad Lounge bring some modern touches to the dining locations, Flame Tree Barbeque and Pizzafari keep it classic with the same colorful vibes as the Discovery Island shops. The dining pavilions at Flame Tree Barbeque brim with amazing, detailed animal carvings. These carvings are quite…. “Circle of Life.” In fact, they reflect the food chain, with predators and their corresponding prey in each pavilion, such as owls and rabbits. Pizzafari has some aspects of this predator-prey dynamic in its artwork, but the main aesthetic of Pizzafari is murals mixed with 3D wood carvings bursting from the walls. These wooden carvings combined with detailed murals really brings the décor in this restaurant to life. Creature Comforts — Animal Kingdom’s Starbucks location — has a muted color palette, but the décor definitely matches with the rest of Discovery Island.

Why Doesn’t Disney Update This Area?

The question remains: if Discovery Island looks so ’90s, why doesn’t Disney update this key area? I think that this area is not outdated; it’s splendidly retro Animal Kingdom. Disney showcases its Animal Kingdom roots by allowing this essence of its past incarnation of the park to remain vintage as its branches evolve from its rich foundation. This area brings back the nostalgia of the late 1990s, and even early 2000s, for early Animal Kingdom Guests, while showcasing its history to new Guests.

As I wander through Island Mercantile or grab a bite at Flame Tree Barbeque, I cannot help but think back to the wonderful times I had at Animal Kingdom as a child. Discovery Island lets guests hold on to a piece of Animal Kingdom’s classic past while stretching out to the possibilities of the future. Without Discovery Island, we would not have a home base that lets us transition from Africa to Asia to Pandora seamlessly. 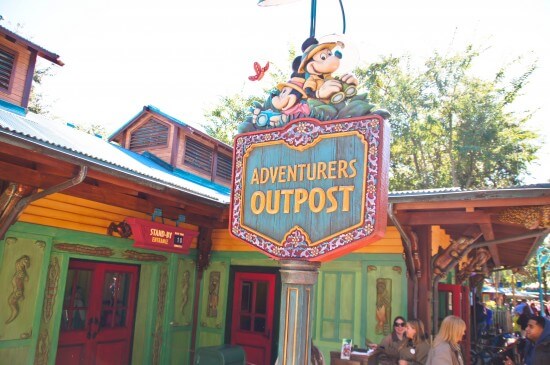 Want to visit Discovery Island and reminisce about the Animal Kingdom of the past? Contact Academy Travel for a free quote on your next Disney vacation.

Do you love the retro vibe of Discovery Island? Let us know in the comments!

Comments Off on Discovery Island: The Heartbeat of Retro Animal Kingdom