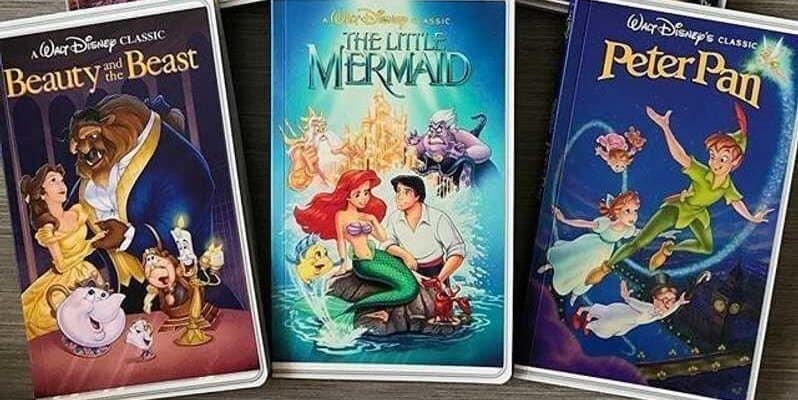 If you’re a Disney fan who grew up in the ’80s and ’90s, you likely have a stack of Disney VHS tapes collecting dust somewhere. Naturally, this begs the question – Are VHS tapes worth money?

Disney movies are loved and adored by millions of people. Disney kept supplies of their movies lower than many studios using the “Disney Vault” (described in more detail below). It stands to reason these factors and more could lead to Disney VHS tapes in mint condition being among the most valuable Disney tapes in the world.

Generally speaking, an old VHS tape is probably worth less than $1, and among the VHS videotapes that actually find a buyer online $25 or less is common. But there are valuable VHS tapes that have sold for much more elevating those Disney VHS tapes to the ranks of the most valuable VHS tapes ever. But even the most valuable Disney VHS tapes at best have values in the low hundreds of dollars, not thousands of dollars and more as some scammers would have you believe.

To determine which videotape will sell for a few dollars and which one might sell more we need a little more information. Some savvy collectors have been listing their vintage “Black Diamond” Collection Disney tapes on eBay for thousands of dollars, but as our research has shown no one is really buying them for such a big price tag. If you have some of these vintage Disney VHS movies from the 80s and 90s what are your VHS tapes actually worth today?

Related: We Can Almost HEAR This Disney VHS Face Mask

What is the “Black Diamond edition” of Disney VHS tapes?

Disney movies in the Black Diamond Collection were released between 1984 and 1994 and include titles like Dumbo, The Little Mermaid, Beauty and the Beast, and more. Starting with Robin Hood in December 1984 a total of 20 movies bear the Black Diamond label as part of the Walt Disney Classics series until the line was discontinued in March 1994 with The Fox and the Hound.

Most often it’s the Black Diamond Edition of the movie that is thought to result in higher values among these classic Disney movies. Logically this makes sense given these were the first releases of these movies on home video, but as we will show that doesn’t justify the sky-high valuation given to these movies. You can see evidence of this persistent claim in this 8/10/20 listing showing a single Beauty and the Beast video on sale for 1.28 Million!

Is it possible that owners of these tapes could be sitting on a small fortune? According to our own research and confirmed by the fact-checking website Snopes, the answer is no, not really. Even though few are paying these inflated prices for these VHS tapes it hasn’t stopped sellers from trying to find a buyer and unload their collection for big bucks. But a simple search on eBay showing sold listings indicates sale prices that are a fraction of list price.

Related: New Disney film-inspired phone cases will take you back to your childhood

Inside the Magic ran this report of sold Disney classic VHS tapes and as you can see there are in fact a handful of old Disney VHS tapes that have fetched a high purchase price. But among a total of nearly 2,500 sold listings the highest price we could find was $5,000 and there were only 3 times in which a single old Disney VHS tape sold for over $1,000.

We found another 5 listings which sold between $100 and $1,000 while the remaining sold for less than $100 which included many selling for less than the cost of shipping on the online auction site. 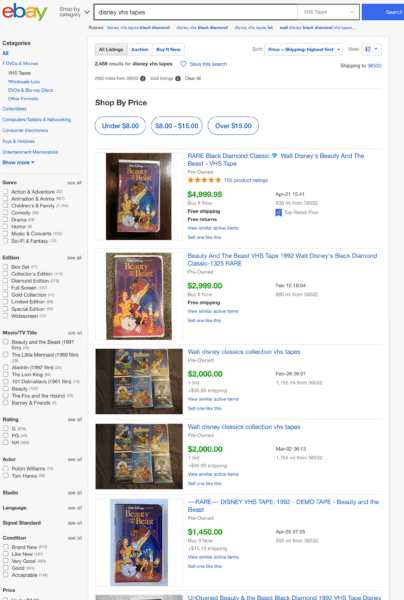 But that is not the only rare Disney VHS tape you will hear mentioned. Often you will find copies of The Little Mermaid with its accidentally controversial cover art for an asking price of hundreds or thousands of dollars. Sellers typically describe this Little Mermaid VHS as “rare” and “banned,” but as you can see when scrolling through the listings, there are many copies currently available on the auction site.

As the name implies these tapes came first and then after being put back into the Disney vault (not familiar with the Disney vault see below) they were subsequently re-released as the Black Diamond Edition as described above. 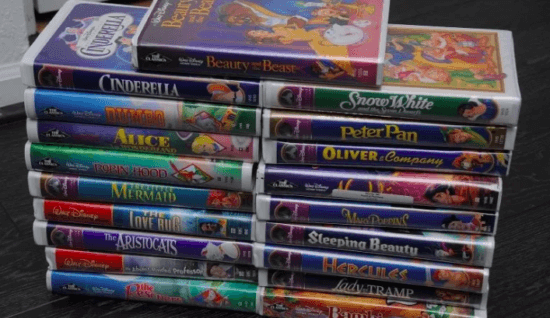 Research reveals, most of these classic Disney VHS tapes are worth $25 based on the average bid earned on eBay and other online auction websites — not even close to the hefty $1,000+ price sellers are seeking. This price point is consistent among Black Diamond Edition VHS tapes, “controversial cover art” VHS tapes AND Disney first edition VHS tapes.

However, the tapes can sell for a decent amount if the movie is harder to find and both the tape and VHS case are in excellent condition. If the VHS case is sealed, even better. Online buyers are advised to be aware that these same so-called collector’s items can often be found for sale at a nearby thrift store, flea market, pawn shop, or a garage sale for only a few dollars.

So if you want to enhance your collection of vintage Disney videotapes and pick up a copy of Sleeping Beauty or Dumbo it pays to do your research.

Similar to the research conducted by Inside the Magic, Snopes found that in 2016, it appears that one copy of Beauty and the Beast sold for $9,000, but Snopes warns that it was almost certainly a fluke. In reality, you can expect bids in the $5 – $25 range. As P.T. Barnum famously said “There’s a sucker born every minute” which seems to be an apt description for the buyers who spend thousands on an old tape.

So, selling your vintage Disney VHS tapes probably won’t earn you a big payday, but if you’re looking for a way to declutter your home and make Marie Kondo happy it can’t hurt to try.

What is the Disney Vault?

Some readers have asked, but what about the Disney Vault? Didn’t that increase the value of each Disney tape? On the surface it is logical to assume that the “Disney Vault” might be relevant to the discussion of Disney VHS tape value is the “Disney Vault.”

The Disney Vault is the term used to describe the practice of only making its home video cassette releases available for a limited time and then pulling the video from store shelves and putting it into the “vault”.

Because of the popularity of these movies and parents’ and grandparents’ desire to share these movies with their children both born and yet unborn many of these home videos were sold during each release cycle limiting their ability to increase in value. Today the Disney Vault no longer exists thanks to Disney+, the streaming service that is now home to all of these classic Disney movies on demand.

Where can I find vintage Disney VHS tapes?

The top listing for $8.95 is a 4 pack of tapes which includes the classic titles Little Mermaid, Aladdin, Beauty and the Beast, plus 101 Dalmatians. 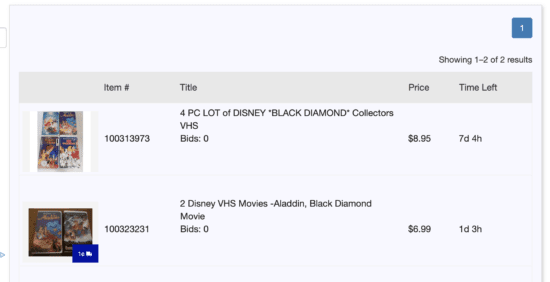