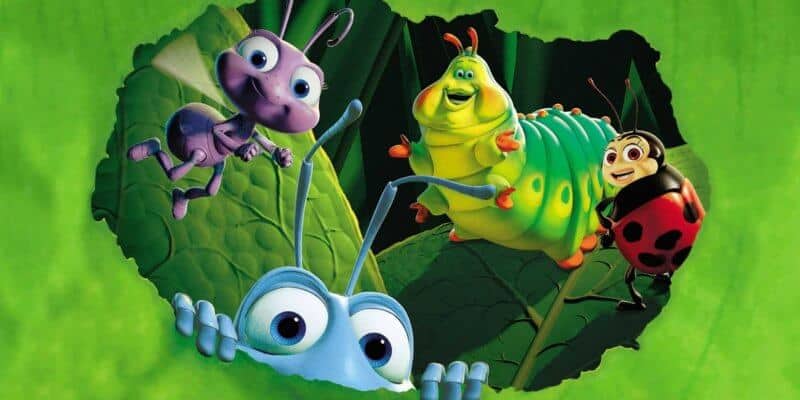 I’ll be honest with you guys: as soon as I tell anyone that I think A Bug’s Life is Pixar’s best movie I often get a very strange look. Granted, it’s not as strange as someone thinking that any movie within the Cars trilogy deserves to be anywhere other than the bottom three, but still, I get some odd looks.

I’m here to explain to you why I genuinely think that Pixar’s best is A Bug’s Life.

I’m not going to take away from the fact that what Pixar achieved with Toy Story was nothing short of incredible, but with A Bug’s Life, they took things to another level.

Releasing three years after Toy Story, the technology advances are showcased fully in the final third of the movie where you see the huge case standing up against the evil Hopper. Animating over 800 ants is no easy task now, imagine the work that went into this in 1999.

In addition to this, Pixar developed software to take a cluster of ants in Bug’s Life, duplicate them and then randomly place them to give the illusion that every ant was different. It was also important that they were constantly moving as Pixar knew that an ant standing still would look a bit rubbish and unrealistic.

In addition to this, do you remember seeing the bird, the lighting through the tree, and the rain droplets for the first time? Simply incredible. In fact, A Bug’s Life used almost 10 times the computing power that Toy Story required.

The rivalry with Antz

While the rivalry itself is the stuff of legend —and everything points to Jeffrey Katzenberg leaving Disney due to a dispute and starting Antz as a way to get back at the mouse — nobody really knows the full ins and outs of what went on.

The facts, however, are that A Bug’s Life made over $200,000,000 more at the box office largely thanks to promotion and the fact it is more child-friendly than some of the adult scenes seen in Antz.

The point to all of this is that Dreamworks seemingly thought this movie was going to be so big that they created their very own film starring ants. Corporate espionage at its very finest.

Kevin Spacey (Hopper) perhaps aside, the cast of A Bug’s Life truly is one of the best collections of casts that Pixar has ever brought together under a single film.

It cemented Pixar in the industry

If Toy Story was the shining moment in which Pixar entered the movie industry, A Bug’s Life was proof that they weren’t a one-hit-wonder studio.

After Toy Story, Pixar had become a public company and they needed to deliver another success in order to keep the momentum behind them going and cement them as a serious studio.

If A Bug’s Life had failed for the studio there’s little doubt that Pixar would not have been able to work on future greats that include Up, Monsters Inc, WALL-E, and Inside Out.

The story is incredible

This was a time at Pixar where storytelling was at its finest and perhaps closest to the more traditional Disney storytelling that we were used to seeing before they started to mix things up (not that there is anything wrong with Pixar’s newer style).

The movie is based (loosely) on the Aesop’s Fable, The Ant and the Grasshopper and the 60-year-old Japanese revenge tale, Seven Samurai. The way in which Pixar adapted the fable and movie into the story we see play out during the course of the film is simply astounding.

They really did a great job with those menacing grasshoppers.

It’s Tough to be a Bug

Okay, so I know this attraction at Disney’s Animal Kingdom puts the fear into many kids who are going to see the show for the very first time but, the theater inside The Tree of Life is nothing short of incredible.

It’s one of my favorite 3D attractions ever created in a theme park and though I will also admit to being scared as a kid, nothing quite beats seeing some of the cast of my favorite Pixar movie center stage at Walt Disney World.

Here’s a tip for those who have never seen the show: lean forward.

Perhaps the biggest reason is the most obvious one, it’s my Pixar movie. What I mean by that is that it was released at the perfect age to engage a young fan. I was just seven years old when the movie was originally released in 1998, and it has stuck with me ever since.

I still remember going to the cinema with my mum and one of my best friends to go and see it and Flik, Princess Atta, and the rest of the cast have stuck with me ever since.

If you still don’t agree with me consider the amazing outtakes at the end, the hilarious beetle circus performers and the lessons that one little inventive ant can teach us about how to be a better person.

Do you agree with me that A Bug’s Life is Pixar’s best movie? Let us know in the comments below!