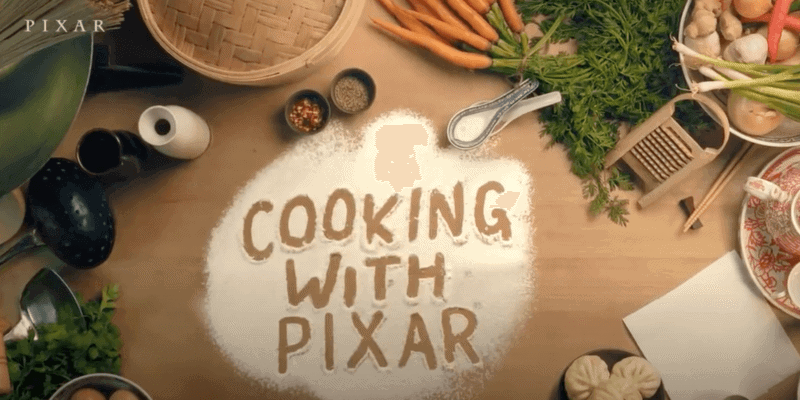 Lately we’ve been getting all sorts of fun recipes released from Disney themselves, highlighting bold and tasty creations themed after different characters, parks and films. They’ve even gone as far as releasing some official park and resort recipes from both the Walt Disney World parks in Florida and the Disneyland parks in California.

These have been everything from whimsical cocktail recipes, the wildly popular dole whip recipe, to an easy to follow guide on the mouthwatering churros found all over property.

Pixar has come up with an official cooking series shared on YouTube, that is designed to share magical recipes in an extra fun and creative way! These various cooking videos feature themed Pixar movie recipes, that are taught by our favorite characters in each film.

If you’re looking for a way to entertain your children, or just want a fun cooking show to give yourself a smile — this is for you! The Cooking With Pixar Series is the perfect new thing to binge during quarantine, and we’re so happy that Pixar has created it!

Some of their more recent videos have led cooking instructions for pizza, dumplings and super sweet birthday cake. To check out these three recipe videos, click the headings below.

For other Disney inspired recipes, check out these articles below:

What are your thoughts on the Cooking With Pixar Series?