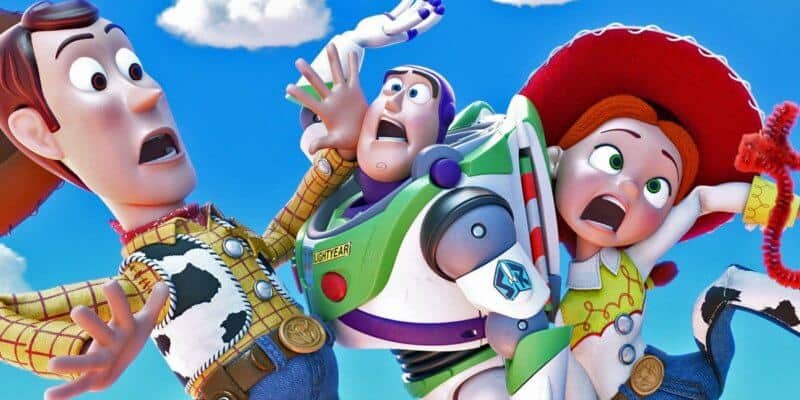 “Toy Story 4” comes out on Blue-Ray and DVD on October 8, but it might not be the last time we see Woody, Buzz, and the rest of the “Toy Story” gang. That’s because Disney’s new streaming service, Disney+, might make it possible for a  “Toy Story 5” film to follow the heartfelt fourth movie.

That’s because, as of right now, October 8 will be the last day ever for a new “Toy Story” home video release, as creators and directors of the feature film franchise have all but guaranteed us they have no intentions of counting higher than 4, and that any dreams we have for a “Toy Story 5” will have to remain dreams.

But Disney+ may bring a bit of sunshine to that overcast day–not because the new streaming service is offering a platform for a possible “Toy Story 5” in which maybe, possibly, Woody reconsiders the choice he made at the end of the last film. (Ok, that’s just this writer’s hope.)

But Disney+ might just be the right spot for pieces of the beloved films to continue on.

We already know that Disney+ will feature a new series of shorts called “Forky Asks a Question” after the launch of the streaming service on November 12. And that makes some “Toy Story” fans hopeful that Forky’s series might inspire further projects related to “Toy Story.”

There is a freedom surrounding Disney+ that might just make that possible, according to Mark Neilsen, producer of “Toy Story 4” and “Forky Asks a Question.”

“Disney+ actually gives us such a great opportunity to do exactly that,” Neilsen said.

Neilsen shared that before the theatrical release of  “Toy Story 4,” another production unit inside Pixar created a feature called “Lamp Life,” which is the backstory of Bo Peep. “Lamp Life” will also be coming to Disney+.

“This is a new kind of way to tell stories and release them that we didn’t really have before,” Neilsen continued. “We’ve always done short films, and the DVDs often had a short film but [Disney+] does give us a greater chance.”

Neilsen says that at the moment, Pixar doesn’t have anything in the works related to “Toy Story” beyond “Forky Asks a Question” and “Lamp Life.” But he adds that “the door is certainly open to that.”

And that’s music to the ears of grieving “Toy Story” fans who can’t believe “it has to end like this” (this writer included).

Are you hopeful about a continuation of the “Toy Story” films? How would you feel about a possible “Toy Story 5?” Let us know in the comments section below!