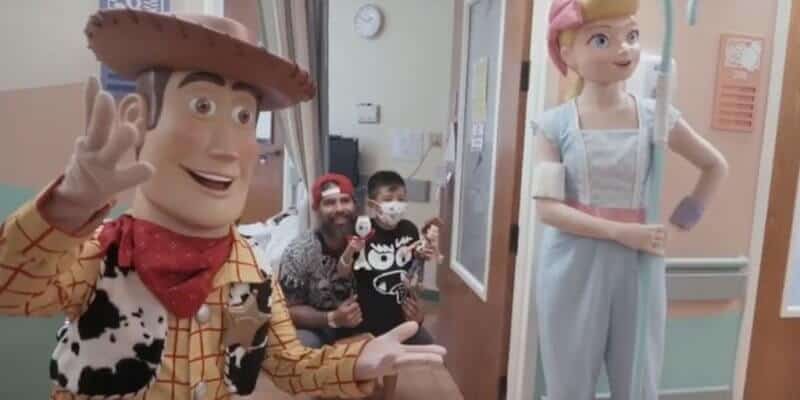 The toy-rific party was hosted by Disney’s Aulani Resort, and the Disney Team of Heroes initiative made the event possible.

The Team of Heroes initiative is the Walt Disney Company’s outreach initiative to communities, sharing comfort, smiles, hope, and compassion with children who are seriously ill worldwide.

Thanks to the work that takes place as part of Disney’s Team of Heroes commitment, Kapi’olani Medical Center receives an annual donation of toys. This year, that donation coincided with a special visit to the medical center from Woody and Bo Peep from “Toy Story 4.”

Sheriff Woody and Bo shared hugs with keiki and their families at the Medical Center, and they even posed for photos with their young friends.

It was a carefree, magical day organized by Disney VoluntEARS from Aulani Resort and Spa who brought new Disney toys, books, and comics for the children. The children and their families also got to play interactive games with VoluntEARS.

And to add an extra measure of magic to the day, keiki and their loved ones enjoyed a very special screening of “Toy Story 4” in the hospital’s auditorium.

Disney’s Aulani Resort and Spa on the island of Oahu proudly represents The Walt Disney Company and its volunteer efforts in local communities. Those serving as Disney VoluntEARS say they treasure the opportunities to share Disney magic with children and families in the communities where they serve like those at Kapi’olani Medical Center.

Have you ever worked as a Disney VoluntEAR? Or maybe your family has benefitted from the work of these special individuals. We’d love to hear from you in the comments below!